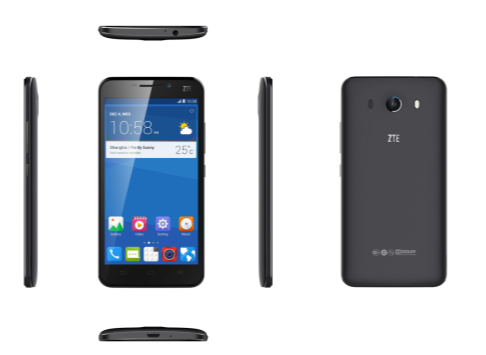 ZTE, a global mobile device maker, has announced at the Mobile World Congress 2015 in Barcelona that a new flagship device, the ZTE Grand S3, will be launched with an eye-based biometric solution from EyeVerify. The solution, Eyeprint ID, allows users a password-free method of unlocking the Grand S3, offering an enhanced level of privacy and security to the device. ZTE’s Grand S3 is one of the first smartphones in the world to offer this solution.

“We are delighted to announce our partnership with EyeVerify that brings their Eyeprint ID solution to the ZTE Grand S3,” said Adam ZENG Xuezhong, executive vice president of ZTE and CEO of ZTE Mobile Devices. “Our ZTE Grand series of smartphones is focused on offering the most secure devices in the market for business users worldwide. Coupled with EyeVerify’s leading solution, the ZTE Grand S3 represents a great option for smartphone privacy.”

Prior to its debut at Mobile World Congress 2015, the ZTE Grand S3 was initially launched domestically in China on January 17th, 2015. The Grand S3 received an iF DESIGN AWARD 2015 in recognition of its top-class design, which is based on ZTE’s ‘minimalist design philosophy’.

The enhanced ZTE Grand S3 with Eyeprint ID is currently available for purchase online in China, priced at 2999 RMB.