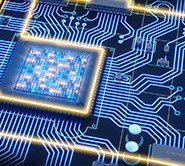 The XJDeveloper development and debug environment is used to set up and run JTAG tests, detecting faults on high-density boards without requiring test fixtures or functional testing.

This release of the IDE, v3.6, incorporates a new documentation feature in XJEase files so that users can label methods in the XJEase file which can be allocated to testing specific saved devices.

These labels are used by the ‘automatic test list creation’ feature to further accelerate test setup.

“From now on, there will be no need to create test groups for each type of device and manually add the test function for each individual device to the relevant test group,” said the firm.

With the new release, CheckChain and Connection Test are automatically added to the test list when a new project is created. When a device is categorised, the IDE will find its relevant test function and add it to the test list.

The new global built-in test functions RUNSVF and RUNSTAPL can be used for the running of SVF/STAPL files which can be a help for in-system programming of CPLD/FPGA using these types of file.