Speaking to the press, Mr. Jagdish Vadalia, a senior manager for product development of the company said: “Real-time network monitoring function such as checking network usage, security threat detection, VoIP QoS analysis, bandwidth monitoring etc. are some of the important network management system functions and they play a vital role in ensuring optimum performance of networks.” 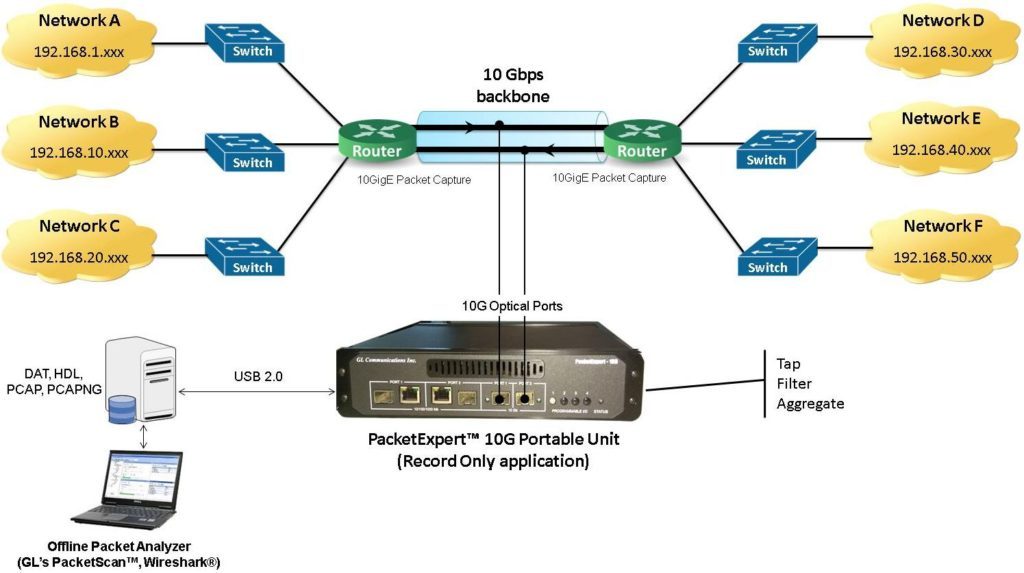 He added: “Typically, in Ethernet network monitoring, it is very useful to monitor backbone links, where traffic from different sources pass through the network. 10 Gbps links are commonly used in backbone links between witches/routers to connect different parts of the hierarchical network. It makes sense to monitor/capture traffic on such 10 Gbps Ethernet backbone links for detail analysis. Among various tools available for real-time network monitoring, the test tool that performs non-intrusive traffic capture is an important tool.

“The ‘Record Only’ application within PacketExpert 10G provides this filtering capability. It provides up to 16 filters that can operate in both directions at full wirespeed of 10 Gbps. User can define different filter options on Ethernet, VLAN, MPLS, IP, UDP and TCP Packet header fields, allowing full flexibility to capture only required Ethernet/IP traffic types.”