Just two years after building work began, Matthias Marquardt, CEO of WERMA Signaltechnik, has officially opened the new factory extension at the company HQ in Rietheim in the Black Forest in the South West of Germany on Friday 21st July 2017. 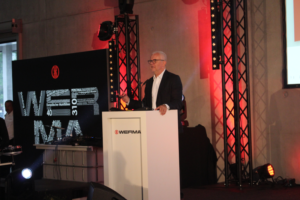 More than 60 local dignitaries attended the opening which extended that evening into a celebration for all of the staff of the company. On the Saturday an open day attracted over 3000 visitors who were treated to a tour of the facility, gastronomic delights from several corners of the world and activities for families to enjoy.

The new facility is the first major expansion of the manufacturing facility since 2002. The 4100 sq. m extension houses a new mould shop, electronics production area, fully automated assembly lines as well as a new tool room.

The new halls are not only designed for manufacturing practicality but are also aesthetically pleasing with large areas of glass offering plenty of natural light and a pleasant working environment. 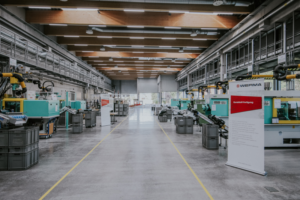 Despite the large area of the new facility no additional heating equipment was required as the company has invested in one of the most advanced waste heat recovery systems drawing on the waste from the manufacturing machines themselves.

The project was delivered on time and within budget and underlines the strategic decision taken by the company to take appropriate measures to support the continued growth of the company.