Virtual Power Systems has announced that its Software Defined Power solution, ICE, has been implemented in the latest firmware update of Schneider Electric’s Galaxy VM UPS. 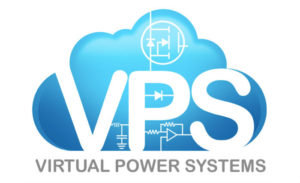 Schneider Electric, the global leader in energy management and automation, and Virtual Power Systems, which is pioneering energy utilisation within the data centre, have collaborated to bring power efficiency improvements and to increase the density of IT systems in the data centre. Together, both organisations are improving the return on investment for data centre operators worldwide.

Equipped with Virtual Power Systems’ ICE solution, the Schneider Galaxy VM UPS delivers a peak load (peak shaving) capability to any data centre. Traditionally, data center operators had to implement a center’s power infrastructure to accommodate peak load conditions even though these peaks might only be required periodically. This resulted in a very inefficient utilisation of the available energy. With peak shaving, power that is stored in the mostly unused batteries of the Galaxy VM UPS provide the power to meet peak load conditions. Using this approach, data centre operators can design their power infrastructure to meet normal operating loads, thus helping to achieve a higher equipment density and capacity in addition to increasing revenues and ROI.

“With Software Defined Power, Virtual Power Systems is at the forefront of optimising the data centre. Increasing IT density within the existing capacity of a data centre can defer the requirement to build a new data center due to power limitations,” says Steve Houck, CEO of Virtual Power Systems. “Our ICE control plane also increases power resiliency and power requirements. Through our joint efforts, Schneider’s Galaxy VM UPS customers will be able to delay CapEx/OpEx expenses related to the building and leasing of new power and facility infrastructures.” VPS is working with all major power component suppliers to enable SDP throughout the power control plane within datacenters of all sizes. “Schneider Electric and Virtual Power Systems will continue to lead the way with the release of new Software Defined Power ICE enabled products in the coming year,” said Houck.

Jeff Samstad, Schneider’s director of Innovation and New Businesses, says: “Galaxy VM UPS with ICE from Virtual Power Systems can be an absolute game-changer for the medium-sized data centre. Data centre managers can get a much higher and faster ROI on their Galaxy VM investment, and delay new infrastructure expenses by creating more headroom for additional IT load within the existing power infrastructure. It also increases the effectiveness of the Galaxy VM UPS, since the batteries will be used regularly; if there are any battery issues they will be detected and addressed before the critical backup UPS power is needed.”