The Industrial Internet of Things (IoT) requires industrial wireless sensor networks (WSNs) with stringent reliability and security. Since such net­works must operate reliably for more than ten years without intervention, industrial WSNs must cope with severely changing environmental conditions over time. In addition, they must also be scalable and flexible so that the networks can support growing business needs and data traffic over a significant period of time. Ross Yu, product marketing manager, Dust Networks Product Group, Linear Technology Corp talks about the methods Linear Technology uses to verify data reliability through radio hardware qualification, au­tomated network test methodology, and systematic network testing. Performance statistics from a live production network are also reviewed 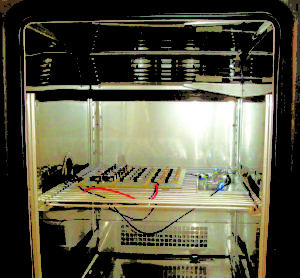 SmartMesh wireless mesh network products from Linear Technology are engineered and rigorously tested for Industrial IoT applica­tions, delivering >99.999 per cent data reliability in some of the harshest environments. Prior to each new SmartMesh software production re­lease, Linear Technology accumulates over a million node-hours of network operation with a minimum of five nines (>99.999 per cent data reli­ability) before it is declared production quality.

The performance of a WSN is a function of both the underlying radio hardware and the protocol running on that chip. SmartMesh radios, such as Linear Technology’s LTC5800, undergo rig­orous testing to confirm the parameters of their operation. The results of these tests are ascertained across multiple production lots prior to publication of the data sheet, which includes all relevant specifications for the hardware. Consistent with Linear Tech­nology’s focus on the industrial market, the design qualification of the hardware includes operational network testing, known as highly accelerated lifetime tests (HALT), involving a live network running while subjecting the hardware to extreme conditions, including cold thermal step stress, hot thermal step stress, voltage margining, rapid thermal transitions, vibration step stress, combined thermal and vibration stress, and extended temperature tests. (See Figure 1.) 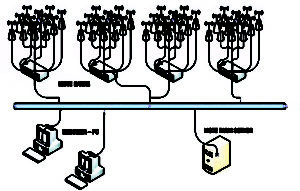 In order to assure in-service reliability, test­ing must comprehensively cover the situ­ations a network will encounter throughout many years of operation. Linear Technology makes extensive use of test automation to facilitate hundreds of network tests, each verifying a unique set of test conditions. To do so, a network test bed (see Figure 2) comprised of banks of hundreds of wireless nodes can be readily configured into any number of test networks, large or small. A centralised test server can quickly commis­sion entire co-located networks, run mul­tiple system tests and recommission nodes for the next set of tests by programming via each wireless node’s application program­ming interface (API). Full regression tests become pragmatic with automation, ensur­ing that existing functions and behaviors are preserved in subsequent software releases.

The test bed has a dense, noisy RF environ­ment because each network under test is im­mersed in a sea of wireless traffic from the other networks operating simultaneously. This network traffic, along with nearby Wi-Fi routers, Bluetooth and cellular radios, create an elevated RF noise floor representative of an extremely challenging RF environment. 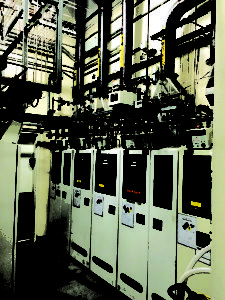 Using the network test bed, reliability is veri­fied on hundreds of network topologies.

The network test bed independently verifies the SmartMesh networking software’s built-in reliability metrics by counting the packets injected at each node’s API port and success­fully received at the gateway node API. These built-in statistics are available to the user via a software API interface at the gateway node and enable developers and users to assess SmartMesh reliability in their own application during initial assessment and over the life of the network.

To attain >99.999 per cent data reliability, Linear Technology engineers troubleshoot every packet transmission error during system test, no matter how rare. To monitor and capture such errors when they do occur, each node’s API port, CLI port and SPI flash programming port are connected in the net­work test bed, enabling a Linear Technology engineer to monitor each node and debug low level software as a message propagates across the mesh network.

Additionally, the network test bed is in­strumented to gather detailed performance metrics, including average node current consumption, data throughput and net­work latency (the time it takes a message mesh network). The network test bed injects sensor data from every wireless node into the network to measure latency and to char­acterise the gateway node’s ability to handle the traffic. These tests are repeated with optional network configurations, such as a low latency mode or with more bidirectional network traffic.

Finally, the network test bed facilitates stress testing to verify the network’s ability to handle problem conditions gracefully. These tests systematically introduce churn in various nodes within the network under test, such as deactivating nodes to verify that the remaining neighboring nodes never lose a packet. Other stress tests invoke widespread node failures to stress the gateway node’s ability to reroute traffic and heal the network when large por­tions of the network are compromised. Such stress testing verifies an industrial WSN’s ability to cope with such contingencies since they are often entrusted to monitor and con­trol business-critical systems. 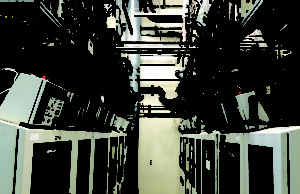 SmartMesh IP has been deployed at Linear Technology’s wafer fabrication (fab) facil­ity in Silicon Valley to monitor pressure for hundreds of specialty gas cylinders used in the various etching and cleaning stages of wafer fabrication. Previously, each cylinder’s pressure was checked manually three times a day, for a total of four hours of manual work per day. A SmartMesh IP network was deployed to automate the measurements and send the readings directly to the facility’s control centre software. In the gas bunker, 32 wireless nodes were deployed to measure each cylinder’s tank pressure and regulated pressure. Each wireless node is connected to a pair of cylinders, for a total of four data packets which are transmitted every 30 seconds from each node.

RF conditions in the fab are typical of an in­dustrial environment, with wireless nodes sur­rounded by metal, concrete and with work crew and equipment moving in the area throughout the day. The network has been in operation over 83 days continuously, has sent over 26 million data packets and has experienced over seven nines (>99.99999 per cent) of reliability.

Wireless sensor networks used for Industrial Internet of Things applications must meet the highest bar for reliability over a long service life. In order to assure that networks meet these stringent requirements, system hardware and software must be designed from the ground up for industrial perfor­mance, tested at the component, interface and network level with rigor, and in-service networks must be operated under stress to confirm acceptable lifetime reliability met­rics can be met. Linear Technology’s Smart­Mesh networks deliver >99.999 per cent data reli­ability in rigorous end-to-end testing and in the field. Over 50,000 SmartMesh networks have been deployed worldwide in demanding applications such as data centers, factories, power utilities, fence line security, outdoor environmental monitoring, agricultural ap­plications, mining and tunnels, and industrial process. OKdo, the global technology company from Electrocomponents plc, has introduced a rapid PCB manufacturing and …