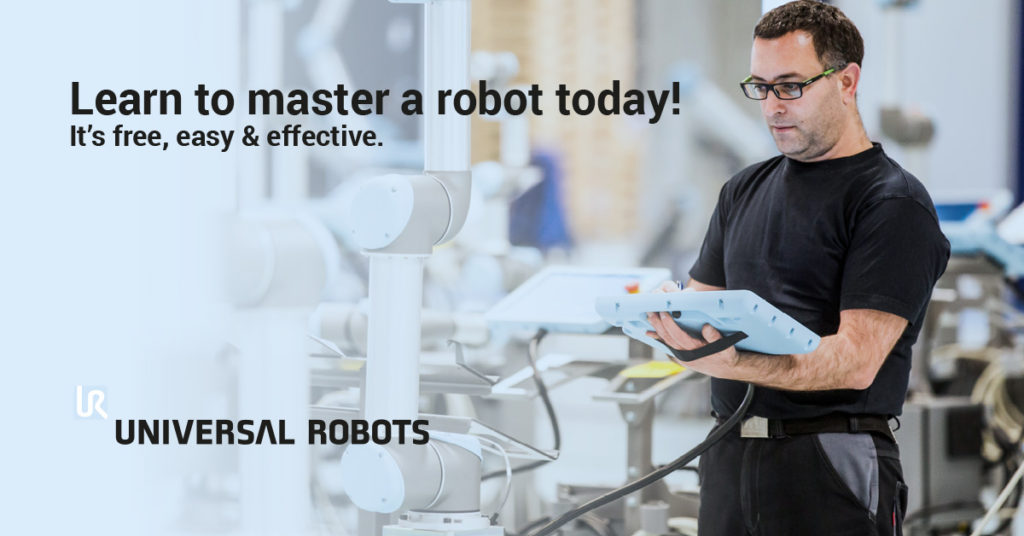 More than 14,000 users from 132 countries have joined the Universal Robots Academy to become robot programmers. Adding to its basic training, the academy is now launching three new modules that focus on mastering more advanced features of collaborative robots.

Universal Robots, the pioneer and market leader of collaborative robots, introduced the online learning platform, Universal Robots Academy, to ensure that everybody with a desire to learn the concepts of cobots gets the introduction necessary to master basic programming skills.

The company is now expanding the online training, adding three new modules that step up complexity by teaching users how to create and work with coordinate systems, variables and conditional statements, and how to use the robot’s wizard to easily create a program for packaging.

CTO and co-founder of Universal Robots, Esben Østergaard, explains that it is unusual in the industry to make a robot training curriculum of this calibre available for free: “This is a long-term investment for us. We want to raise the robot literacy and the reason for speeding up the entry of cobots is not only to optimise production here and now,” says Esben Østergaard. “We are facing a looming skills gap in the manufacturing industry that we need to bridge by all means possible. Facilitating knowledge creation and access to our robots is an important step in that direction.”

Stefan Stubgaard, head of Global Competence Centre at Universal Robots, adds that the academy modules have received positive feedback from users around the world: “This learning resource is now also reaching small and medium-sized manufacturers that up until now regarded robotics as costly and complex,” says Stefan Stubgaard. “By simply logging into the Academy they experience first-hand how simple the setup can be and they can easily envisage what production tasks could be automated with our cobots.” 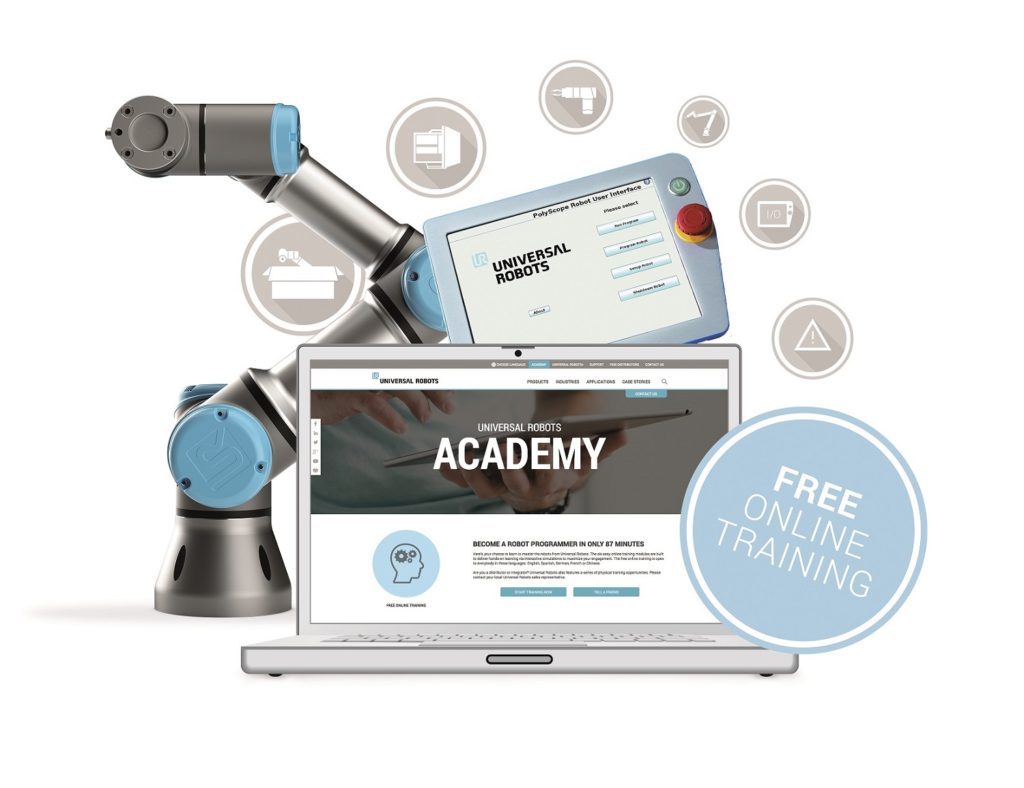 Popular around the world

One of the early adopters of Universal Robots Academy is the Whirlpool Corporation where the Universal Robots Academy modules now provide the basic foundation for all UR robot training at the company’s plant in Ohio, USA. Tim Hossler, controls engineer at Whirlpool, emphasises the great convenience of being able to offer this resource to employees in-house: “Now we don’t have to wait and send them out for basic training elsewhere. The modules can be completed at our own pace and we can even pick and choose which modules we offer different personnel depending on skill sets and their level of interaction with the robots,” says Tim Hossler. “I really like the interactive approach, it makes learning very hands-on and transferable to what we would actually be doing here at our plant. I was also pleasantly surprised that the modules were free of charge for anyone to use. It definitely increases the accessibility of the UR robots.”

Mathieu Spinnler, CEO of Spinnler Cartonnages in France, was looking for information about the UR robots when he came across the UR Academy: “With more than 150 co-workers in our company, the idea of self-government and free training in apprenticeships of robots was appreciated by everyone,” says Mathieu Spinnler, who explains that the modules also helped him realise what areas of the robot applications installed he needed to discuss with an integrator.

At Vira Brands, a Spanish confectionary and chocolate manufacturer, the robotics modules gave the company’s area manager, Joan Teixidó, the insight to implement a UR robot in the production line: “We decided to opt for this technology and doing the free online Universal Robots Academy course helped us take the step,” says Joan Teixidó. “The ease with which we could interact with the platform and the clarity of the information offered in the e-learning modules gave us the confidence to go ahead and install a UR cobot.”

The nine Universal Robots Academy modules are available in English, Spanish, German, French and Chinese. The basic training, that the three new modules are building upon, include adding end-effectors, connecting I/Os, creating basic programs in addition to setting up tools and safety zones. 43,000 courses have now been completed on the online training platform which has just made the shortlist for the prestigious Learning Technologies Awards in the “Excellence in the design of learning content” category, along with companies such as IKEA and KPMG. The winner will be revealed in London on 29th November 2017.