Ultrahaptics, the mid-air haptic feedback technology company, has been presented with the Ultimate Product Software award by the judging panel of the 2016 ACE Awards at a ceremony in San Jose on December 7th. The prestigious award recognises the most significant software product introduced between January 1, 2015, and June 30, 2016. 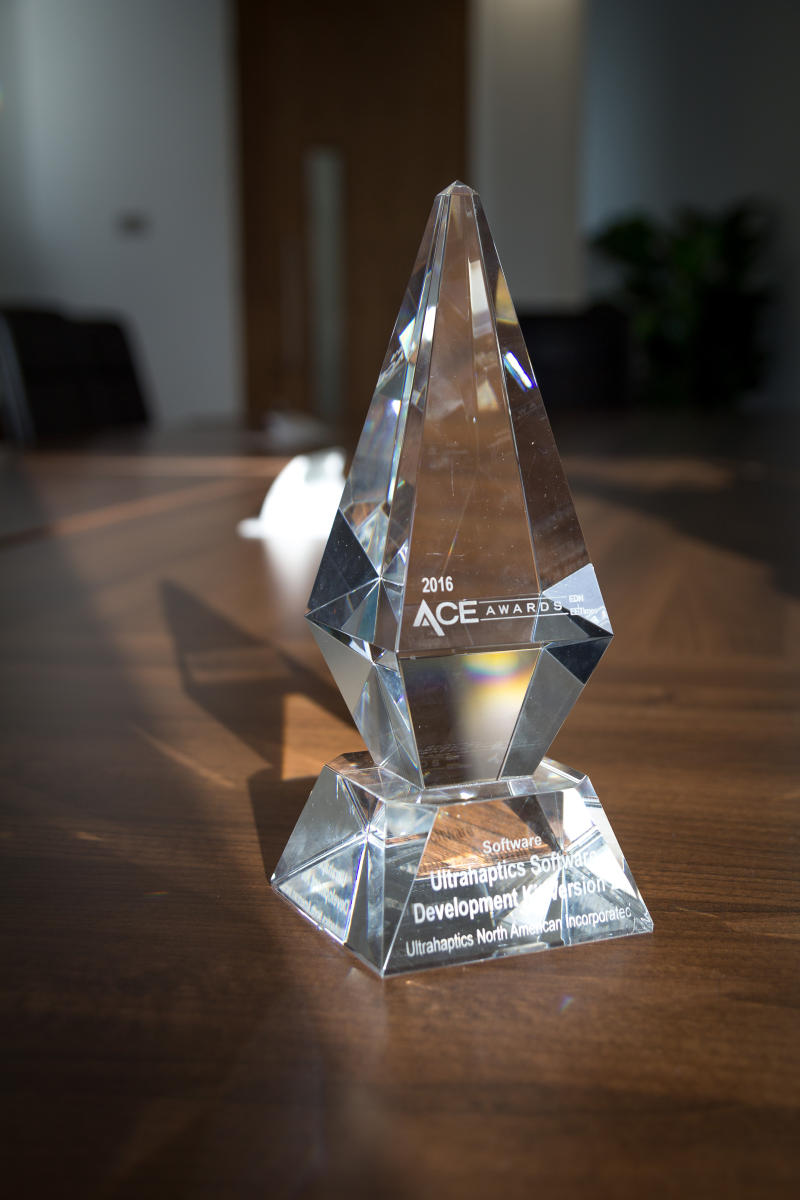 The award was presented to Ultrahaptics for its Software Development Kit Version 2. The kit uses algorithms to control ultrasound, allowing users to feel virtual buttons, switches and dials, as well as 3D shapes and virtual force fields, in mid-air without needing to wear or touch anything. An array of ultrasound transducers generates and focuses ultrasound at 40 kHz, stimulating neuroreceptors in the skin. The API can be used to change the modulation of the frequency to create a variety of sensations. Users can manipulate the modulation to explore the range of functionality to develop the best solution for their application.

The ACE Awards are presented to the company that the judging panel consider to have developed a breakthrough technology, or one that has highly enabling features, as well as its timeliness and suitability for target market and the community interest.  The judging panel consists of editors from EE Times and EDN and representatives from the electronics industry.

Richard Quinnell, senior technical editor at EDN and EE Times and member of the ACE judging panel said of Ultrahaptics: “I thought the Ultrahaptics technology was refreshingly innovative and I was excited by the possibilities that it opened up as a virtual user interface.”

Steve Cliffe, CEO of Ultrahaptics. “We are overwhelmed by the reception our technology has received across the world. To be recognised with an ACE Award is fantastic and a wonderful reward for the hard work of the team who have dedicated themselves to developing the kit.”