Ultrahaptics, the mid-air haptic feedback technology company, have been awarded the Start Up of the Year award by the judging panel of the 2016 British Engineering Excellence Awards (BEEAs). The BEEAs recognise companies who have demonstrated significant innovation in engineering design within the last twelve months. 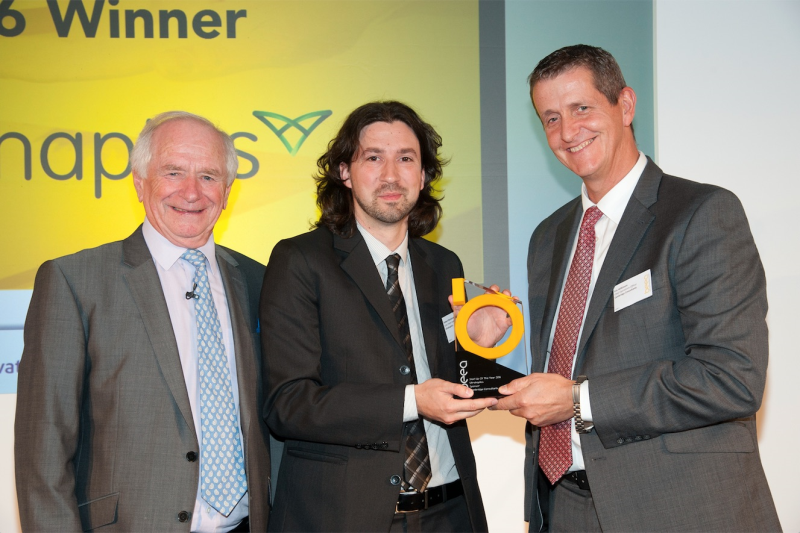 Ultrahaptics was founded in 2013, with the vision to revolutionise the way people interact with machines. By using an array of ultrasound transducers, Ultrahaptics are able to generate virtual buttons, switches and dials, as well as 3D shapes and virtual force fields, in mid-air. The judges of the eighth annual BEEAs awards were impressed with the sound business plan, market share goals and the interest that Ultrahaptics has generated from investors. The successful adoption of Ultrahaptics technology by customers, which include global technology giants, backed up the decision of the judges to award Ultrahaptics with Start Up of the Year. Customers are implementing this unique new interface across a variety of markets, from home audio and appliances, to cars and 3D computing.

“This year has been fantastic for us, and is being topped off with recognition from some very prestigious awards. We are delighted to have been awarded the Start Up of the Year award from the BEEAs, and we are very excited about seeing our customers bring products that integrate our technology to the market,” said Steve Cliffe, CEO of Ultrahaptics.

The judging panel for the BEEAs commented, “Ultrahaptics has the potential to be a game changer in a number of markets. It has a sound business plan, significant backing, plus sales and orders in hand.”