Steve Cliffe, CEO of Ultrahaptics is presented with the judges award for innovation in recognition of outstanding personal and company achievements

Ultrahaptics’ CEO Steve Cliffe has been honoured with the judges award for innovation at the Worshipful Company of Information Technologists Enterprise Awards Dinner, which was held at The Brewery, London on 30th June 2016. 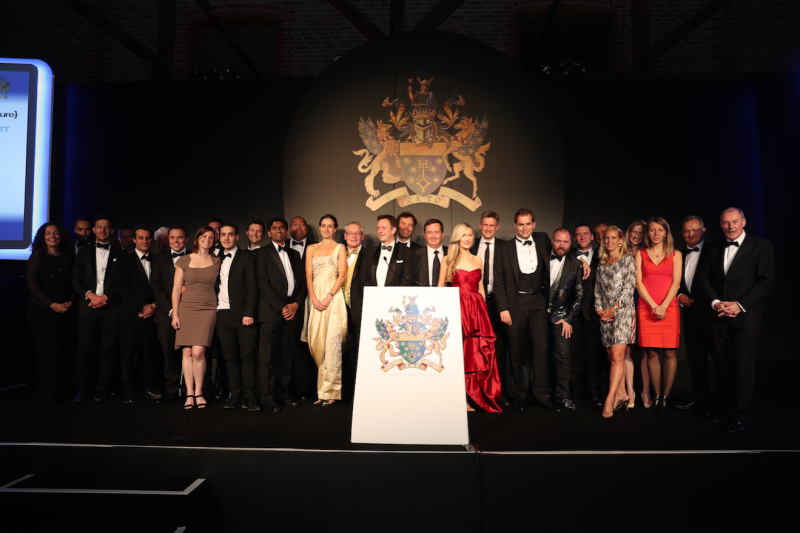 The award was presented in recognition of outstanding personal and company achievements to Steve Cliffe, who has been instrumental in leading Ultrahaptics, with the support of the management team including co-founder Tom Carter, from a university technology start up to a company that now employs over 40 people in the heart of Bristol.

Ultrahaptics have developed a technology that enables users to feel without touching, using ultrasound to project virtual buttons, switches, shapes and textures directly onto the the users’ hands or fingertips. The company, which was founded in 2013, is now engaging with tier one partners around the world, from car manufacturers, to computing companies, to bring this new interface into our everyday lives.

The WCIT awards were started by Liveryman John O’Connell and now enter their sixth year.  The awards were developed to be truly independent and to recognise rising technology entrepreneurs in the UK.

“It is a great privilege to have been selected to receive this award,” said Steve Cliffe, CEO at Ultrahaptics. “Since starting work with this incredible team of talented people, I continue to be astounded by the way they push boundaries in order to achieve what would have been considered impossible not too long ago. It is an exciting time for us, and we will continue to push those boundaries to develop this new human machine interface and make waves in a variety of markets from automotive to home entertainment.”

The judges special award is given to a company or individual who has made a significant contribution to technology in the UK.