Ultrahaptics, the mid-air haptic feedback technology company, has been presented with the Innovation Award by the judging panel of the 2016 NMI awards. The NMI awards acknowledge the achievements and behaviours of companies that contribute to a strong and active Electronic Systems industry in the UK and Ireland. 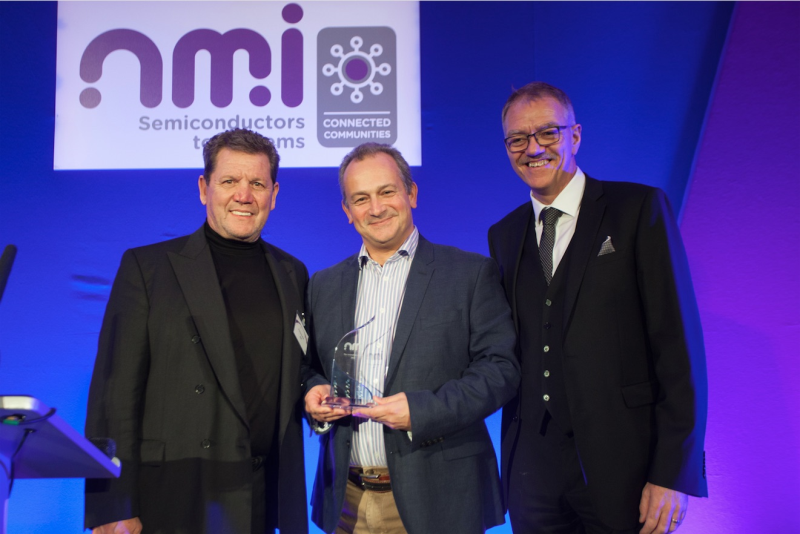 Ultrahaptics was founded in 2013 after developing a viable solution to create feeling in mid-air, without the need to wear or touch anything. Ultrahaptics’ technology is able to generate virtual buttons, switches and dials, as well as 3D shapes and virtual force fields, in mid-air, using an array of ultrasound transducers.

“We are delighted to be recognised by NMI not only for the technology that Ultrahaptics has developed but also because innovation runs through the veins of the company,” said Steve Cliffe, CEO of Ultrahaptics. “The rapid progression of the company since Tom Carter, our CTO and founder, was named Young Engineer of the Year by NMI last year is only set to continue in 2017.”

In presenting the award, NMI CEO Derek Boyd said the category: “A very strong [one] this year with several strong contenders from across all of the NMI communities. In the end though, Ultrahaptics were the clear winner after impressing all of the judges in a tightly contested field.”