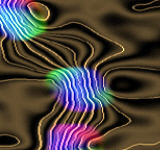 The Nanotechnology Knowledge Transfer Network, one of the UK’s primary knowledge-based networks for Micro and Nanotechnologies, has released details highlighting a number of recent commercial activities in the UK nanotechnology sector which will be seen as helping to drive economic growth in the UK. It comes as doubts have been raised over the UK”s ability to convert research and development strengths into viable commercial successes.

According to the network, there have been a growing number of examples of encouraging UK commercial activity in the nanotechnology sector with several SMEs raising money through IPOs, private equity fund raising and through acquisition by larger organisations. Together with the emerging field of graphene, as it moves from being an interesting technical challenge to becoming a major commercial opportunity, nanotechnologies are providing a growing number of viable commercial opportunities for UK companies. It should be noted, however, that figures suggest that the UK, with only 50 patents covering graphene, is lagging far behind the US and China, where patent numbers run to in excess of 1-2,000.

Dr Alec Reader, Director of the NanoKTN commented, “Nanotechnology continues to provide the basis for many new and exciting product developments, with many UK companies excelling in this area to drive SME growth and job creation. We are also seeing growing interest in graphene as a significant material and enabling technology for future UK wealth from many companies across disparate industrial sectors, from electronics to energy, transport to healthcare. “

Another involved Oxford Nanopore, a manufacturer of nanopore-based electronic systems raising £40m in new private equity funding to further develop the company”s commercial and manufacturing infrastructure and continue innovative research and development in nanopore sensing. This latest transaction brings the total funds raised by Oxford Nanopore since its foundation in 2005 to £145m.

NanoSight, an innovative nanoparticle characterisation company was acquired by Malvern Instruments Ltd, a global provider of instrumentation and expertise for materials and biophysical characterisation while Haydale, a global leader in facilitating the commercial application of graphene, announced a breakthrough in the production of graphene-based inks with properties that now quickly enable its customers to use graphene in a wide range of applications.

US Bluestone Global Tech opened its first European production plant in Manchester, UK, and established a partnership with the National Graphene Institute (NGI) at the University of Manchester to develop graphene applications.

There have also been a number of recent spin outs for graphene-based companies from Cambridge and Manchester Universities: Cambridge Graphene Platform (CGP) was established in March 2013 as a spin-off from the University of Cambridge to commercialise graphene inks based on research work at the University; 2-Dtech, a graphene company owned by The University of Manchester, where graphene was first isolated by Nobel prize winners Professor Sir Andre Geim and Professor Sir Kostya Novoselov, supplied the highest quality graphene and other 2-D materials internationally.

Dr Reader continued, “At the end of October, we celebrated the Best of British Nano at the BIS conference centre in London. A key highlight of the day was an opportunity to hear direct from UK nanotechnology companies representing the ‘Best of British Nano’ about their products and how they have achieved commercial successes. With the recent announcement of the Horizon 2020 framework programme for funding UK nanotechnology, we are looking forward to seeing even more development of nanotechnology from the science base to commercialisation to drive future UK success.”

As nanotechnologies begin to play an ever increasingly important role in commercial and consumer products, the British Standards Institution (BSI) is working with experts in the field to promote acceptance and adoption of nanotechnology and drive innovation, and has launched four new standards including PAS 137:2012 – Nanomaterials and nanotechnology-based products – Guide to regulations and standards. The aim of the standard is to provide practical guidance for UK organisations (including SMEs) by signposting regulation and standards relevant to the importation, manufacture, processing, distribution and sale of nanomaterials and nanotechnology-based products, thereby assisting organizations in their business development and commercial success.