TTI has recently received the award for Best 2015 European Performance from Amphenol Corporation. TTI and its subsidiary Mouser Electronics jointly were honoured with this prestigious international award. In addition, TTI and Mouser won the awards for 2015 Best Global Performance and 2015 Best Asian Performance. The top awards were presented during the recent Electronic Distribution Show and recognise the outstanding performance by both TTI and Mouser as Amphenol’s best performing distributors in 2015. 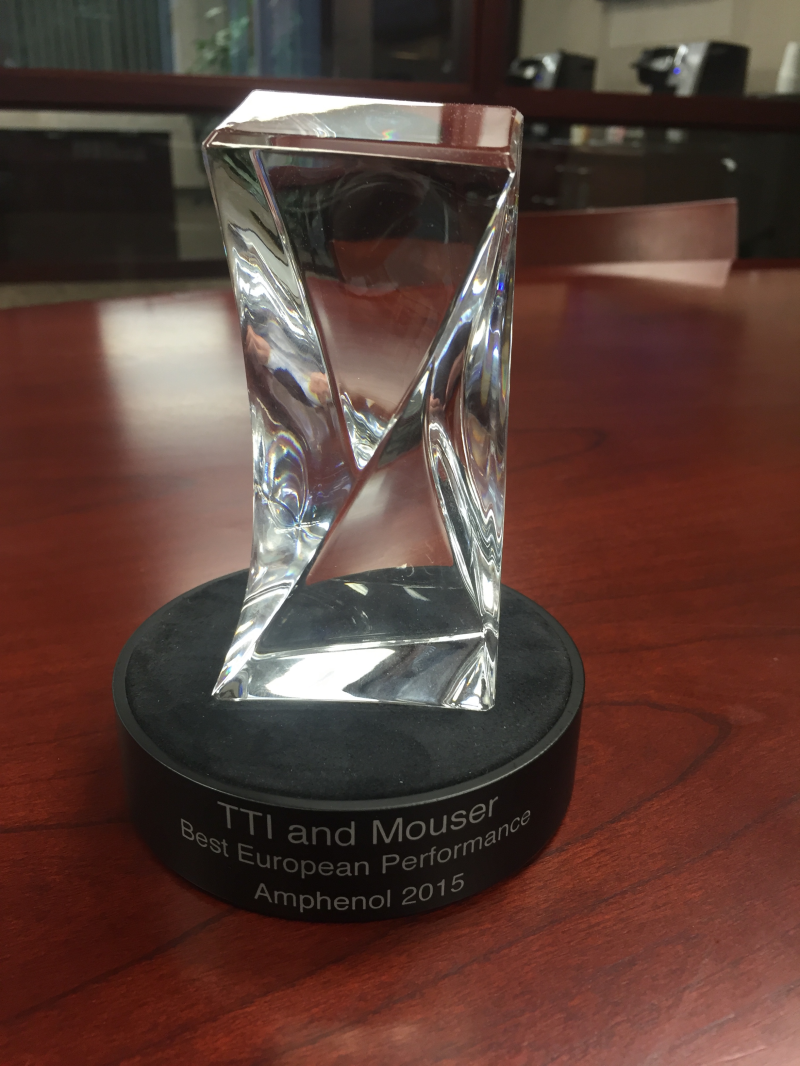 Adam Norwitt, Amphenol president and CEO, remarked: “For the second year in a row, the combination of TTI and Mouser achieved the best overall performance among all of Amphenol’s distributors. Their performance is a confirmation of the strength of their complementary models together with our long and productive track record of engaging around the world. Congratulations to the entire organisations of both TTI and Mouser!”

Mike Morton, TTI global president of sales and marketing, thanked Amphenol for the esteemed honour: “This award recognition is especially gratifying for our whole global team and to share this achievement with Mouser points to our successful partnership on multiple levels with Amphenol. We couldn’t be more pleased with having received Amphenol’s highest distributor award for another year.”

Already in 2014, TTI and Mouser were honoured with the Amphenol Corporation Global Partnership Award for distributor excellence and Mouser was named the 2014 Distributor of the Year by Amphenol Industrial.