TT Electronics, a global provider of engineered electronics for performance critical applications, has announced that its sensors will be used in the NASA mission to the planet Mars in 2020. The robustness of the company’s Hall-effect sensors enables them to withstand the harsh environments found on Mars.

The Hall-effect sensors from TT Electronics are key components in NASA’s new Mars 2020 Rover that will be landing on the surface of the red planet in 2021. These sensors detect magnetic fields in motors that control the speed and movement of the robotic arm of the Mars Rover. 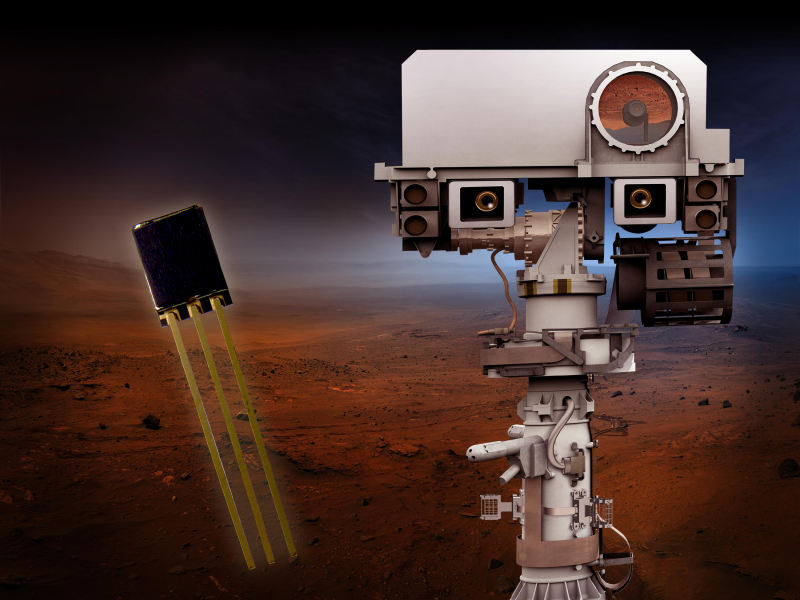 The Mars 2020 Rover will carry an entirely new subsystem to collect and prepare Martian rocks and soil samples. This subsystem will include a coring drill on its arm, controlled partially by TT Electronics’ Hall-effect sensors. About 30 samples will be deposited at select locations for return to Earth on a potential future sample-retrieval mission.

David Kertes, vice president of global sales and marketing, industrial sensing and control, TT Electronics, said, “We are delighted that our Hall-effect sensors will fly on NASA’s 2020 mission to Mars – this further underpins the high quality and integrity of our components for use in mission critical, aerospace and space applications. It is particularly exciting that the devices will be deployed as part of the system that controls the robotic arm of the Rover, the very ‘core’ of the mission, to collect Martian rock and soil samples.”

TT Electronics designs and manufactures semiconductors for use in a variety of space, satellite and payload applications, in many different package options. In its Class 100,000 clean room, complete satellite harness sets and electromagnetics components are manufactured, as well as the test equipment needed for use in a clean room environment.