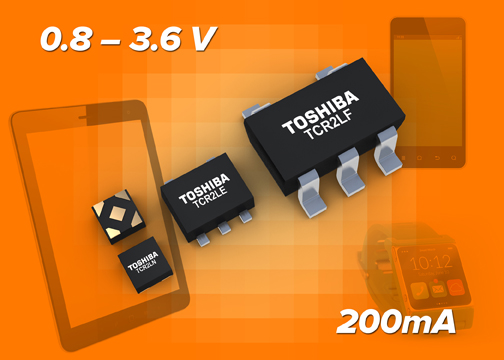 Toshiba Electronics Europe has announced the launch of a new series of LDO regulator ICs. The new LDO regulators are available in an ultra-small package and are suited to a variety of mobile devices that require extended battery lives and high-density board assembly, including wearable devices, smartphones, tablet PCs and portable games. The 200mA output TCR2LN/LE/LF series features ultra-low quiescent bias current and low dropout voltage.