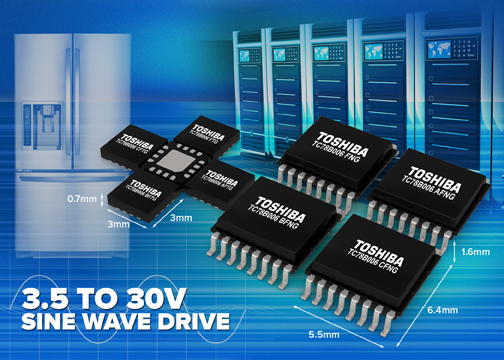 Toshiba Electronics Europe has announced a new series of eight single-phase BLDC motor pre-driver ICs for use in high-current cooling fan applications such as PC servers and home appliances, including fridges. The TC78B006 series reduces vibration and noise by using a digital-control-type sine wave drive.

A power saving standby function reduces power consumption by cutting power supply to the Hall element, a magnetic sensor used to detect rotor position and rotation speed, whenever the motor is in standby mode.