The Qt Company has announced the general availability of Qt 3D Studio, a new 3D design and development tool for all major industries, including the automotive, healthcare and industrial automation sectors. Enabled by the contribution of the NVIDIA DRIVE Design Studio into the Qt ecosystem, Qt 3D Studio provides a 3D user interface (UI) authoring system that caters to the technology requirements of both software developers and graphic designers. 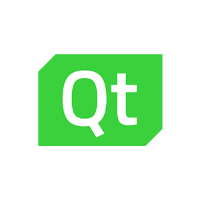 With the onset of 3D technologies across a wide range of industries, businesses and developers seek innovative 3D design tools to create the next generation of embedded devices, such as digital cockpits, medical devices, clinical wearables, smart homes and many more. Qt’s cross-platform software and device development framework, when paired with a state-of-the-art 3D human-machine interface (HMI) authoring system, empowers designers and developers to easily collaborate and innovate in the world of 3D technology.

The primary features of Qt 3D Studio include:

“Qt 3D Studio opens the doors to the development of cutting-edge and visually immersive user interfaces,” said Lars Knoll, CTO of The Qt Company. “As 3D UI design becomes increasingly integral to the development of today’s screens and devices, designers and developers can now work hand-in-hand to meet this growing need and drive innovation in the automotive, healthcare and industrial automation industries.”

Qt 3D Studio is now generally available and is fully supported with Qt 5.9 and Qt 5.10.