The importance of a safe supply in a volatile marketplace

The importance of a secure, warranted supply chain cannot be over stated, as the problems caused by inferior counterfeit electronic components represent a completely unacceptable risk of possible catastrophic failure. Counterfeit material exists in most industries but nowhere is this more threatening than in life critical systems in aerospace and defence equipment. 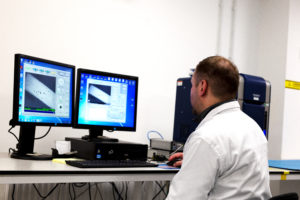 Effective counterfeit mitigation can make or break a project. An example of counterfeit activity is re-marking or re-furbishing which is performed to disguise bad quality, old branding and part numbers. At worst, components may be completely reprogrammed to deliberately compromise the integrity of an aerospace or defence application.

The ERAI recently announced that on the 27th December 2018, Independent distributor Rogelio Vasquez, aka Roger Vasquez aka James Harrison, pleaded guilty on December 27, 2018 to knowingly supplying counterfeit parts to the US military including parts that were historically used in military applications including the B-1 Lancer Bomber aircraft. 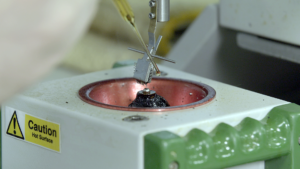 This is just one of many examples. Counterfeiting is hugely profitable and there have been some very high profile cases that have resulted in substantial fines and criminal sentences. The threat is still very real and it is an industry-wide responsibility, to take strategic steps towards de-risking our supply-chains.

What can you do?

Monitoring counterfeit activity via ERAI, the anti-counterfeiting forum and other information forums are highly effective ways of keeping informed. Since 2001, ERAI have been collating a non-conformance image library, which is now the world’s largest. These images have been linked to the non-conformance types which enable users to understand and identify counterfeit material for their selves. Additionally, you can report any counterfeit material and this is fed back to thousands of industry professionals that will benefit from your contribution. 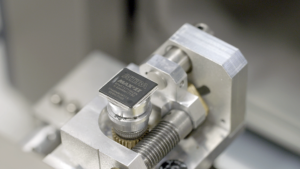 Distributors supplying components into the Aerospace industry should have a clear understanding of the available standards or be AS6081 accredited. Astute Electronics incorporates the AS standards into their extensive ACAP (Anti-Counterfeit Avoidance Programme), which offers extended protection with additional tests such as SEM and EDS analysis, Dataman, Solder-ability testing and Diagnosys for part authentication.

Accredited test labs should issue reports for products that have been issued from non-traceable sources. A key rule of thumb is that ‘components should be either traceable or come with an adequate test report’. If a supplier cannot provide either of these for a part, then it should be considered a risk to supply these into any aerospace applications.

‘With current volatility in the component supply chain, extended lead-times and rapid obsolescence cycles, it’s even more important to be aware of the threats’, Mark Shanley, sales and marketing director at Astute has been at the forefront of Astute’s counterfeit avoidance efforts for 25 years. LEM, a global company in electrical measurement for industrial and automotive applications, has introduced a …