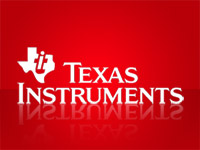 Texas Instruments has announced that it is to cut 1,700 jobs, or nearly 5 per cent of its workforce, as it looks to wind down its mobile processor business and instead focuses on chips for more profitable markets like cars and home appliances. The news follows a statement from the company back in September that it would halt costly investments in the competitive smartphone and tablet chip business, and which lead analysts to speculate that part of the company”s processor unit, called OMAP, could be sold. The decision to move out of this part of the market could save the company up to $450m by the end of next year.TI has been under growing pressure in mobile processors and has been losing ground to competitors like Qualcomm. Leading smartphone makers Apple and Samsung Electronics have also been developing their own chips instead of buying them from suppliers like TI.

TI wants to sell its OMAP processors into markets that require less investment, like industrial clients and the automotive market but is expected to continue selling existing tablet and phone processors for products like Amazon’s Kindle tablets for as long as demand remains, but stop developing new chips.

According to Longbow Research analyst JoAnne Feeney, “This year, the Kindle runs on the OMAP 4 and next year”s Kindle is slated, we believe, for OMAP 5. We believe that program is well along to completion and do not expect that the termination of OMAP will disrupt those plans.”

Report suggest that Amazon has already been in talks to buy the mobile part of OMAP from TI.

TI said it expects to take charges of about $325 million related to the job cuts and other cost reduction measures, most of which will be accounted for in the current quarter. Previously announced financial targets for the fourth quarter do not, according to the company, include these costs.