Most tourists and holiday fanatics appreciate the value of the ocean air, either to ease flu-like symptoms or as a means of relaxation. However, the salty air is not as kind to offshore wind turbines, with the salt particles accelerating corrosion and hindering performance. Here, Steve Hughes, managing director of power quality specialist REO UK, explains how engineers can keep offshore turbines turning safely

Fans of renewable energy had reason to celebrate recently as it was announced that 2016 saw windfarms generate more electricity than coal for the first time in the UK. This has been widely praised by green activist groups as a monumental moment that indicates a potential sea-change in Britain’s power generation. 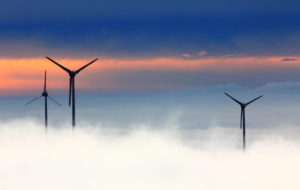 This should come as little surprise. The weather conditions in the UK have allowed the country to be considered one of the best locations in the world for windfarms. Alongside this, the falling cost of building and erecting wind turbines is making the industry one of the most stable in the country, as we discussed in our recent white paper on the state of the renewable sector.

This is reflected in comments from renewable energy industry group Renewable UK. Emma Pinchbeck, the group’s executive director, has predicted that, “we’re set to see a rapid expansion in the UK’s offshore wind capacity, doubling from 5 gigawatts now to 10GW by 2020.”

While on-land wind generation efforts continue, it is offshore wind farms that harbour the greatest potential for the renewable sector. This is due to the higher prevalence of strong winds at sea compared to those on land. However, constructing offshore windfarms comes with its own unique set of challenges — among them, the corrosion of components used in the inverter section.

It is widely known that sea air contains the right combination of salt and water particles to accelerate the corrosion process in components with incorrect ingress protection (IP). Manufacturers of critical power electronics such as variable speed drives (VSDs) will usually ensure that they have an IP rating of 55 or more, which offers protection from most dust or sand ingress and water sprays as a minimum.

Theoretically, this will provide sufficient protection of power components. However, the component size requirements of wind turbines leaves manufacturers with limited space to house peripheral components in control cabinets. This leaves ingress vulnerabilities in components like power filters and braking resistors, both of which are critical in ensuring high power quality and reliable performance.

Braking resistors are essential in wind generation systems to dissipate any surplus energy and prevent it from damaging the VSD. For wind generation applications, these resistors must be able to not only handle the immediate increase in energy but also able to do so consistently after frequent use.

These resistors ensure safe operation despite the unpredictability of wind force at sea. But if they are susceptible to the coastal ingress and corrode, they themselves break and ultimately risk rendering the turbine ineffective.

It is therefore critical that wind turbine manufacturers consider the IP rating of peripheral components and work with specialists that can supply products that meet the size, weight and ingress requirements. At REO UK, for example, our standard ranges of braking resistors are protected to IP65 standards, providing protection from all dust and sand particles as well as low pressure water jets.

In addition to this, REO UK’s power components for wind turbines are available with water-cooling. This minimises the footprint of the product to make it suitable for space-limited applications.

While we can breathe a healthy sigh of relief in the knowledge that wind power is growing in popularity, it is essential that turbines are up to the task. By ensuring all power components are correctly IP rated and capable of handling electrical demands, turbine manufacturers can relax and let nature safely run its course.