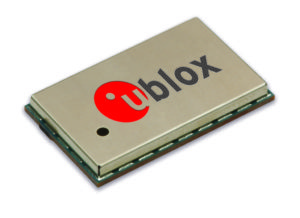 u‑blox, a global leader in wireless and positioning modules and chips, announced that its SARA-N201 NB-IoT module is now available on China Telecom Tianyigou purchasing platform. Customers who purchase modules there are eligible to receive a per-unit subsidy of RMB 20. SARA-N201 comes fully certified for operation on China Telecom’s NB-IoT network and is in mass production.

“This is the first time that China Telecom has included a NB-IoT u‑blox product in its online offering,” says Perry Zhang, principal strategic partnerships at u‑blox. “Aside from increasing our visibility in China, this benefits our Chinese customers by qualifying them to receive financial support towards their purchase.”