After a slack final quarter in 2017, the subcontract manufacturing market seems to be shrugging off concerns about Brexit.

Growth has been steady but less dramatic year-on-year. In the first quarter of 2016 the index was 155, so the last 12 months have seen a rise in the index of just over five per cent. The base line figure of 100 represents the average value of the subcontracting market during 2014. 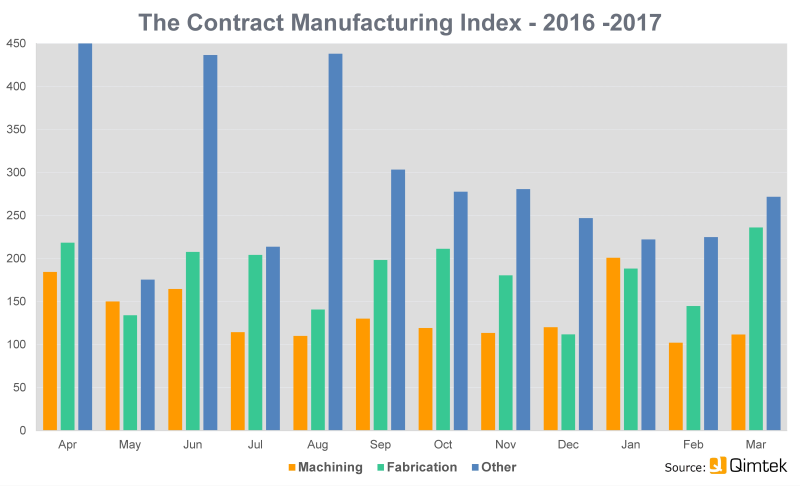 Image caption: The Qimtek Contract Manufacturing Index showing movements in demand for machining, fabrication and other outsourced manufacturing services over the past 12 months. 100 = the average monthly figure for 2014

Commenting on the latest CMI figures, Karl Wigart, owner of Qimtek, said: “We are now in a position where business is better than it was before the Brexit vote. January was a very strong month for machining – as was January 2016 – and fabrication still seems to be making excellent progress. What the figures don’t show, but which is possibly significant, is that the value of individual orders has been higher than average over the quarter.”