I recently read this description about a common writing faux pas while searching for examples of mixed metaphors: “In Garner’s Modern American Usage, Bryan A. Garner offers this classic example of a mixed metaphor from a speech by Boyle Roche in the Irish Parliament: ‘Mr. Speaker, I smell a rat. I see him floating in the air. But mark me, sir, I will nip him in the bud.'” Zafar Jamati, senior account executive at Stone Junction, tells us more 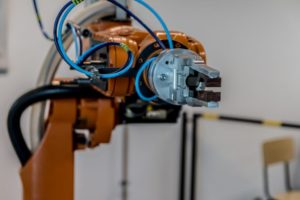 While this is a slightly amusing anecdote for aspiring writers on why mixed metaphors are bad, it made me think more widely about other terms in the manufacturing sector that have been used to death, so much so, that they’ve become clichéd. Phrases like Industry 4.0.

In Taiwan it’s known as Productivity 4.0, in Korea it’s called Manufacturing Industry Innovation 3.0, China calls it Made in China 2025 and France has L’usine du Future (which literally means factory of the future). The US has a variety of acronyms from AMP 2.0 to NNMI and SMLC, and Japan has Industry 4.1 and Society 5.0. I’ve also seen (and admittedly used) variants such as the Industrial Internet of Things (IIoT) and the Internet of Things, Services and People (IIoTSP).

If so many companies are using the same term to describe different ideas such as industrial automation, the Internet of Things, cyber physical systems and cloud computing, does that phrase still do the concept justice and, more importantly, how do you actually stand out from the crowd of other companies doing exactly the same thing?

Take the soft drinks market, for example. Back in the late nineties the market appeared to be saturated, with companies vying for space to mimic the success of big brands like Coca Cola.

It wasn’t until Innocent Drinks took a unique position by offering smoothies and fresh juices that this area of the market really opened up. As a testament to its success, Innocent is now over 90 per cent owned by Coca-Cola.

In my experience of working in the technical PR sector, it seems that companies in the industrial market are trying to mimic the success of big brands like Siemens — the company that invented the concept of Industry 4.0 — but fail to make a mark because their position is no longer unique. This is why you should stop using the term Industry 4.0 to position your brand’s competencies and write content that truly differentiates your offering from others.

So, whether you choose to harness the power of different concepts such as digitalisation, the convergence of information technology (IT) and operational technology (OT), or open architecture, saying something unique is much more powerful than simply using the latest and greatest cliché. STEGO CONNECT is the latest contribution to the Industry 4.0 technology. The new Software-as-a-Service provides …