Stadium Group, a leading supplier of wireless solutions, power supplies and electronics assemblies, has announced details of its newly appointed team of wireless design specialists based at the company’s regional design centre (RDC) in Kista Science City, Stockholm, which opened on May 3rd 2016. 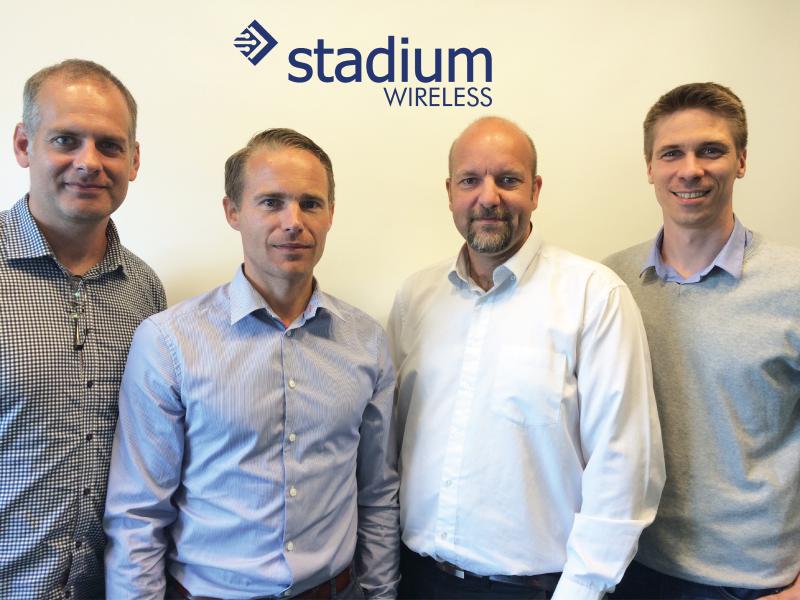 Stadium has recruited a highly skilled team of electronics design engineers and technical sales personnel to develop the group’s fast-growing wireless business. Together, the new team brings more than 60 years’ experience and a proven track record in the areas of mobile connectivity, machine-to-machine (M2M) and Internet of Things (IoT). Their combined achievements include playing a major part in the development of the latest wireless connectivity technologies, and steering the rapid business growth of some of the world’s leading technology companies.

The four key appointments are:

Kjell has over 17 years experience in the wireless electronics sector. He was formerly managing director EU & USA and senior director R&D for Sunway Communication, a high-tech enterprise focusing on the R&D and manufacture of the mobile terminal antenna and connectors with high electromagnetic compatibility. Here he was responsible for overseeing all technology, research and program development for the company’s product lines globally, and within three years increased EU & USA revenues from $35 million to $150 million with customers like Microsoft, Apple, Amazon and Samsung. Previously Kjell was director of engineering with Laird Technologies / Allgon based in Beijing and Stockholm for 12 years. Between 2009 and 2012 he grew Laird’s design win revenues by 100 per cent to $250 million.

Christer has more than 16 years experience in electronics engineering, program management and sales. His previous positions include a period as key account director with Sunway Communication, where he played an integral role in achieving supplier status for two major global technology brands, Sony Mobile and Apple. Prior to that Christer spent 11 years with Laird Technologies in the USA and Sweden. He was engineering manager for Laird’s RDC set-up in San Jose, USA between 2008 and 2011, during which time the team increased sales revenues from start-up to more than $75 million.

With over 18 years experience in the mobile wireless sector, Axel has held senior design engineering and global platform program management roles at Allgon, Nokia, AMC Centurion and Laird Technologies. Latterly, he was technology and product manager in the advanced technology team at Sunway Communication, where he was instrumental in developing new antenna concepts for future mobile technologies and leading the technology research and roadmap. Axel invented the “Full Metal Cover Antenna”, a multi-band antenna concept for smartphones that allows the use of a built-in antenna through a full metal cover. This was a major breakthrough in the mobile antenna business and was later expanded to cover NFC and LTE communication protocols.

Pavel is an established RF and electronics design engineer with first class academic and industry tested expertise. He holds a PhD in electrical engineering specialising in antenna design. His professional career, which spans more than 15 years, has focused on mobile antenna designs for handset and M2M applications. Most recently, he was senior RF engineer at Sunway Communication, and prior to that he was with the CTTC Engineering unit (telecoms technology research centre of Catalonia). Both roles required specialism in antenna research. Pavel has co-authored a number of technical papers and chapters in published journals and books, with particular emphasis on Ultra Wideband. He has also spoken at numerous conferences on the subject.

Charlie Peppiatt, CEO at Stadium Group commented: “These high calibre appointments to our technical team in Kista bring world-class wireless connectivity and RF engineering talent to the company and I am confident that they will be a great asset to our design-led offering as we pursue our growth strategy in the wireless M2M space and beyond.”