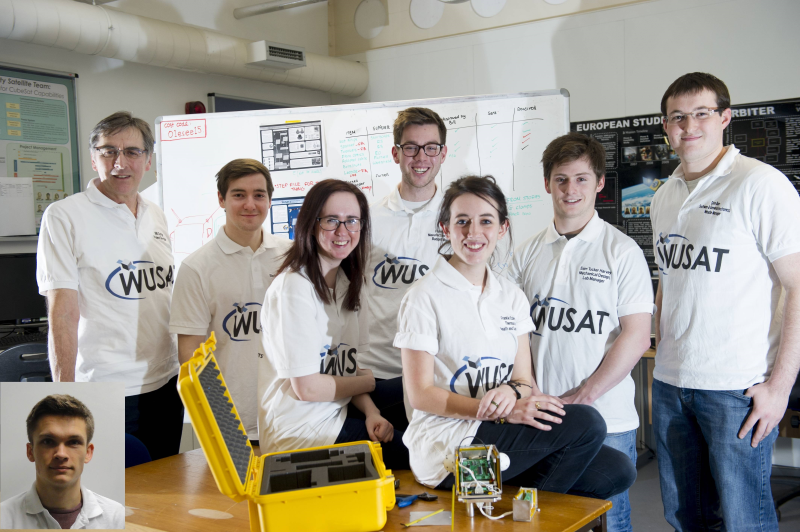 RS Components (RS), the trading brand of Electrocomponents, the global distributor for engineers, is aiding the space mission of students at Warwick University through sponsorship of the development of a nano-satellite set to be launched into space this month.

In a bilateral agency agreement between the German Aerospace Center (DLR) and the Swedish National Space Board (SNSB), the REXUS programme was realised, and the Warwick University Satellite Team (WUSAT) was selected to be given payload space on the rocket under this programme back in 2013. The team has been working on a CubeSat, codenamed WUSAT 2, a cubic nano-satellite that is 0.1m wide with a mass of less than 1.33kg.

Nano-satellites are developed for use in space exploration and science by academics worldwide, and are a fraction of the price of a traditional satellite. WUSAT 2 is due to launch on the REXUS rocket from Sweden on 17th March. Travelling to an altitude of 100km, a light-spectrometer free falling probe will be released to descend back to Earth to monitor and record the light frequencies of elements to help create a density map of element types against differing altitude levels.

RS has supported the mission with a donation of equipment and products to help in the development of WUSAT 2, such as ‘Easy’ radio modules, a key component in the satellite’s radio transmission system, electronic components used for prototyping, testing and building the printed circuits, and communications systems. RS has also donated heavy duty cases to ensure the safe transportation of WUSAT 2 to events.

Whilst this project has spanned two years, RS has been working with WUSAT since 2007, supporting the long-term objectives of launching a satellite into a low Earth orbit to develop a specialist research capability in the field of satellite engineering, and promoting the topic of space engineering and potential careers in the space industry to students.

Dr William. E. Crofts, director of Warwick Satellite Programme at Warwick University, said: “This is the ninth year of operation for our satellite team. We began with no knowledge of satellite technology and no laboratory to work in. However, through dogged persistence we have kept the team going through six years of designing the electrical power sub-system for ESA’s moon orbiting satellite (ESMO), and now three years of designing/building our own satellites.”

“Throughout this period the students I have worked with have been excellent, the companies who have worked with us have been generous and most helpful, and as a result I am very proud to have reached this momentous achievement of our first rocket-based launch. I now feel that we have enough critical mass in our team, including our sponsors, to further develop this project and establish Warwick University as a recognised centre of satellite engineering technology.”

A total of fifteen students of different engineering specialisms have worked on WUSAT 2 over the last two years, forming a multi-disciplinary team capable of tackling all of the engineering requirements of this level of satellite design and build. A typical WUSAT team would comprise a mix of mechanical, electronic, systems and manufacturing engineers. Dr Crofts added: “One of the great strengths of the Warwick University MEng degree programme is that it allows multi-disciplinary teams to work on such significant projects during the 4th Year of their programme. This is the closest that any university student is likely to get to experience working in a real engineering team on a major real-world project prior to their graduation.”

RS spokesperson Tracey Taylor, social SEO executive, said: “Projects such as this one are incredibly worthwhile in helping to develop centres of excellence to ensure that the future of engineering in the UK is invested in, for the benefit of countless sectors. We wish WUSAT 2 all the best in its mission.”