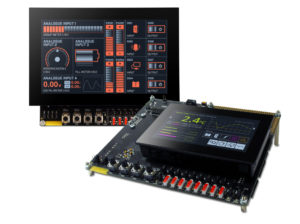 PanelPilotACE is an off the shelf hardware and intuitive design software platform for rapid development of display projects.  Without writing any code.  Combining free PanelPilotACE Design Studio software with a choice of capacitive, colour, touchscreen displays, the system allows users to significantly reduce the design time of multiscreen display applications. 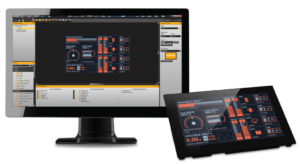 Design Studio includes a library of meters, buttons and switches. You can also create your own content by combining behaviour and graphical elements. Hardware elements are dragged from the library into a function builder where associations with graphical elements (such as a needle on a meter) can be defined. Set scaling for analogue inputs, define alarm triggers and behaviours for digital I/O.

Design Studio includes a ‘Preview in Emulator’ function which emulates the hardware inputs/outputs allowing you to test projects prior to their upload to the PanelPilotACE display via USB.  Try before you buy any hardware by downloading Design Studio at lascarelectronics.com/software/panelpilotace/ 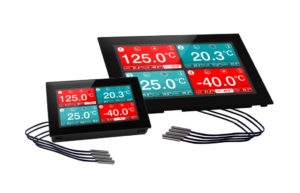 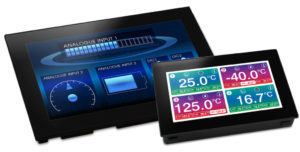 For users who wish to integrate data logging functionality into their applications, EL-SGD 43-ATP and EL-SGD 70-ATP are four channel temperature data loggers based on

PanelPilotACE technology. Both the 4.3” and 7” panel mounted display modules include a

readings for all four temperature channels, live trend graphs and access to a suite of real-time data analysis information. The loggers can store up to 100,000 readings per channel at sample rates from 5 seconds to 12 hours.

Whether looking to develop a completely custom PanelPilotACE display application or modify an existing project template, the PanelPilotACE University has a multitude of resources to make screen design as quick and efficient as possible.  From How To Guides, video tutorials and Frequently Asked Questions to an ever growing number of pre-configured ACE Templates and an Icon and Graphic Library, visit lascarelectronics.com/panelpilotace-university