SecureRF Corporation, a leading provider of quantum-resistant security tools for the Internet of Things (IoT), is pleased to announce that it has received The Linley Group’s Analysts’ Choice Award 2017 for “Best Technology”. Selected by the semiconductor industry’s leading analysts, this award recognises SecureRF’s future-proof authentication and data protection solutions that protect the smallest, lowest-resource processors, sensors, and embedded devices now entering the IoT. 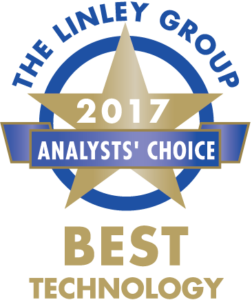 SecureRF addresses the difficult problem of securing 8-, 16-, and 32-bit processors that power the IoT and lack the computing, memory, and energy resources needed to implement legacy security methods such as ECC and RSA. This leaves many IoT systems vulnerable to attack today. The security challenge for the IoT will also grow in the future when quantum computing will come to threaten classical cryptographic protocols. SecureRF’s public-key solutions, available in both software and hardware SDKs for faster implementations, include Ironwood Key Agreement Protocol (Ironwood KAP) and Walnut Digital Signature Algorithm (WalnutDSA). WalnutDSA exemplifies SecureRF’s performance gains, with benchmarked verifications that are at least 60 times faster than ECDSA, use up to 140 times less energy per verification, do not require the management of a key database or connection to a network, and are resistant to all known quantum attacks.

“IoT security begins at the processor level, which is where we have focused our design energies in developing fast, small-footprint, ultra-low-energy solutions,” said Louis Parks, SecureRF’s CEO. “We are honoured that The Linley Group has recognised our market accomplishments in an effort to meet the needs of our semiconductor, automotive, industrial, and payment partners.”

“SecureRF wins our Best Technology Award for inventing a new cryptography scheme that’s both quantum resistant and surprisingly efficient. Indeed, it’s so efficient that it works even with ancient 8-bit processors that would wheeze on other crypto algorithms,” commented Linley Gwennap, principal analyst at The Linley Group. “Unlike other protocols, its algorithms are noncommutative, so the function is easy to compute but difficult to invert. SecureRF’s cryptography is a challenge even for quantum computers that can quickly crack other crypto algorithms.”