CENSIS, the centre of excellence for sensing, imaging systems, and the Internet of Things (IoT), has received a £9.25m, five-year funding package to cement Scotland’s place as a world leader in cutting-edge technology.

The public investment from the Scottish Funding Council, Scottish Enterprise, and Highlands and Islands Enterprise is expected to be supplemented by another £3m in third-party income which CENSIS is targeting – ranging from competitive programme calls to contributions from industry.

The funding was formally announced on November 8, 2018 by Scottish Minister for Trade, Investment and Innovation, Ivan McKee MSP, at CENSIS’s 5th annual Technology Summit at Glasgow’s Royal Concert Hall, where more than 400 delegates and 40 exhibitors from across industry and academia will gather. 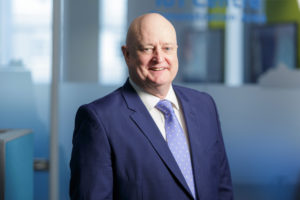 Attendees will also hear from Hugo Fiennes, the CEO of Electric Imp and a leading member of the teams that designed the first four generations of the Apple iPhone as well as the NEST thermostat; forensics expert, Professor Niamh Nic Daeid; and Michael Talbot, head of Strategy at Meridian, among many others.

Ian Reid, chief executive of CENSIS, said: “This is an incredibly exciting time for CENSIS and its partners in industry and academia to be involved in innovation in Scotland. This funding will allow us to build on the foundations set in place over the past five years, with a renewed sector focus on IoT infrastructure; digital manufacturing systems; the monitoring of the built and natural environment; and subsea, offshore, and marine activities. We’ll also be concentrating our efforts on projects where we can make both an economic and social impact, such as healthcare and independent living, the environment and precision agriculture.”

Ivan McKee MSP added: “I am delighted to have made this announcement. Creativity and innovation are vital if we are to realise Scotland’s potential and capitalise on technological advancements, enabling our move to a low carbon economy and improving the economic and social wellbeing of all.

“This investment will allow CENSIS and Scotland’s thriving technologies sector to continue to grow and highlights the importance that this government places on innovation. Innovation Centres are a key part of our innovation infrastructure in Scotland and through university-business collaborations they have already solved some of industry’s challenges whilst harnessing new opportunities.

“CENSIS has established itself as a catalyst for innovation within the technologies sector and I thank the team for their continued hard work.”

During its first five-year phase, CENSIS brokered 138 projects between industry and academics worth a combined £17.3 million in a range of sectors – from manufacturing and subsea to health, wellbeing and life sciences.

Among the highlights has been CENSIS’s £6 million ‘Mirage’ project, a collaborative R&D initiative which brought together five organisations working on the materials and processes used in manufacturing specialist electronic and photonic components, which are part of an array of household and industrial products.

The Innovation Centre played a central role in the genesis of IoT Scotland, the £6 million Scottish Government-backed project to develop the most advanced IoT network in the UK. CENSIS was part of a consortium that launched Scotland’s first network in Glasgow during 2016, which was followed by test beds in Aberdeen, Dundee, Paisley, Orkney, and Inverness. It has also helped Scotland-based SMEs, such as Fuel Link and Beringar, to develop new IoT based products for global markets.

Ian Reid said: “In many ways, the Technology Summit is emblematic of CENSIS’s growth over the past five years. In its first year, there were 90 delegates and no exhibitors and now we’re able to attract top speakers from around the world and are expecting more than 400 delegates from across Scotland, the UK, and Europe.

“Our projects have had a real impact, whether it’s bringing together a multitude of organisations to collaborate on pre-competitive manufacturing or the development of IoT test beds to help local start-ups develop and scale new technologies. It is especially pleasing to see our work on developing IoT networks lead to the IoT Scotland project, which can truly make Scotland a leader in the next wave of technology and its application.

“There is much more to be done and we will continue that journey over the next five years. Our thanks go to the Scottish Government and its economic development agencies for helping us to take that vision forward.”