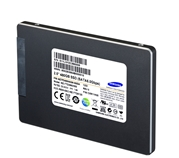 Samsung Electronics is producing advanced solid state drives (SSDs) that are designed specifically for use in servers and enterprise storage systems. These drives – the SM843 and the SM1625 – could be employed as high-speed storage for a wide range of server and storage applications that depend on extremely fast data writing including social media in the cloud, SQL database logs, media streaming, virtualization, video on demand and online transaction processing (OLTP).

“Samsung”s new data centre and enterprise SSDs deliver extremely high performance with low power consumption in providing efficient storage solutions for data centre applications,” said Myungho Kim, vice president of memory marketing, Device Solutions, Samsung Electronics. “Samsung will aggressively produce its new line-up of SSDs beginning this month to accelerate SSDs” move into not only the server but also the storage marketplace, as we continue to affirm our leadership in the SSD market.”

Targeted toward data centres, the SM843 drive is a multi-level chip (MLC) SSD offering two-three times the endurance of similar MLC-based drives. The SATA interface drive can write up to 800TBW (terabytes written), which represents a more than 1600 percent improvement from Samsung”s previous generation SSD, which offered 60TBW.

The SM843 drive delivers Samsung”s highest sustained random write performance to date, up to 11,000 IOPS (inputs outputs per second), with up to 70,000 (sustained) random read IOPS. In addition, its maximum latency, or the time it takes to send data from an application to the drive, has been reduced more than 80 percent from Samsung”s previous enterprise SSD.

Further, the SM843 can read data sequentially at up to 520 megabytes per second (MB/s), and write it at up to 420MB/s. It is being sampled in densities of 120 gigabytes (GB), 240GB and 480GB.In terms of energy consumption, the SM843 consumes 28 percent less active power than Samsung”s previous enterprise SSD. In addition, it comes with an option for protection against loss of power in outages.

Designed for use in external storage systems for high availability (HA) environments, the SM1625 features up to 41,000 (sustained) random write IOPS, and randomly reads up to 101,000 IOPS when using both ports. The Samsung”s SM1625 writes data sequentially at 740MB/s and reads it at 848MB/s when using both ports. It also will provide power loss protection to ensure data is safe in a power outage.