RS Components (RS), the trading brand of Electrocomponents plc, the global distributor for engineers, has renewed its sponsorship for the University of Edinburgh’s Hyperloop team – HYPED – to support the next phase in the university’s efforts to design and build a half-scale prototype pod for the revolutionary Hyperloop mass transportation system. 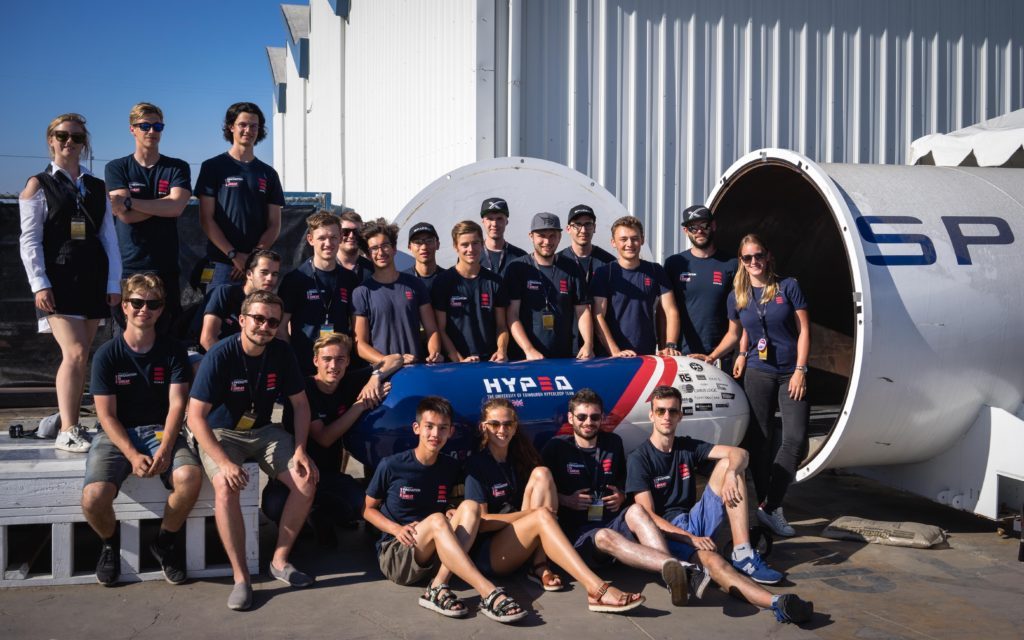 Later this year, students from the HYPED team, which now totals more than 100 members, will return to the headquarters of aerospace manufacturer SpaceX in California to compete as finalists in the annual Hyperloop Pod Competition, set up in 2015 by technology entrepreneur and SpaceX boss Elon Musk. The contest challenges university teams across the globe to advance the technology of Hyperloop, a proposed system of transport that would work by propelling levitated pods electrically through low-pressure tubes at speeds of around 700 mph for distances up to 900 miles. The impact on travel would be phenomenal, cutting journey times between Edinburgh and London, for example, to around 45 minutes.

It is the second year in a row that RS has sponsored the HYPED team’s participation at the SpaceX competition, providing key components to build a low-weight, fully autonomous half-scale pod. The 2017 prototype, known as Poddy McPodface, featured magnetic levitation, high-speed braking, and a host of on-board sensors and computers for controls and safety. The team is now refining the design for its new generation pod, Poddy the Second, in preparation for the 2018 competition, adding features such as electrodynamic (Halbach array) wheels for propulsion, emergency pneumatic brakes, and a carbon composite pressurised vessel. The constructed pod will compete against other finalists on SpaceX’s mile-long test-track in summer 2018.

Over the past three years, the HYPED student team has received support from the University of Edinburgh’s School of Engineering and College of Art, Social Sciences and Humanities to accelerate the commercial and technical development of Hyperloop. As part of an outreach programme to engage with young people it has delivered educational workshops within the university and created two summer research opportunities for undergraduate students.

The continued sponsorship by RS also emphasises the company’s support for 2018 as the Year of the Engineer, which celebrates everyday engineering heroes and brings together employers and young talent to inspire the next generation of engineers, much like the members of HYPED.

Macauley Versey (21), an electrical and mechanical engineering student at the University of Edinburgh and a member of Team HYPED commented: “RS has been really fundamental in the development of our pod prototype. By sponsoring our team, we’ve been able to simply order whatever components or products we need through the website, which has been hugely helpful for us.”

Mike England, UK managing director and Head of Northern Europe region at RS, said: “We’re extremely passionate about supporting the next generation of engineers and celebrating the achievements of people in our industry – so we’re thrilled to once again offer our backing to HYPED.

“The team is doing remarkable work to develop and deliver significant change, and we’re delighted to play a part in helping them achieve their ambitions. We wish them all the best in the SpaceX Hyperloop Pod Competition later this year.”

RS is sharing and supporting remarkable engineering stories as part of ‘for the inspired’. To discover more about HYPED and other incredible stories, click here

More information about HYPED and Hyperloop is available here.

Melexis, a specialist in automotive semiconductors, and emotion3D, a provider of camera-based automotive in-cabin analysis …