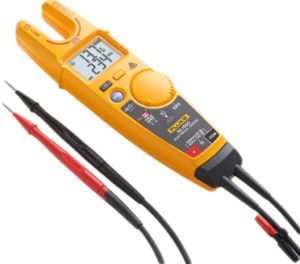 RS Components (RS), the trading brand of Electrocomponents plc, the global distributor for engineers, has added to its wide portfolio of high-quality test and measurement equipment with the latest electrical testers and a new electrical proving unit from Fluke. These devices especially target use by electrical safety and installation engineers, as well as commercial electrical technicians working in areas such as automation and electrical maintenance.

The new Fluke T6-600 and T6-1000 non-contact electrical testers come with the company’s FieldSense technology, which allows the measurement of voltage to be performed in the same way that current is measured, but without test leads contacting live voltage. Engineers and technicians can simply slide the T6 unit’s open jaw over a conductor and read the voltage level.

The T6 electrical testers are especially suitable for testing in previously impossible situations by measuring voltage and current via the open jaw without making metallic contact with a live conductor. This enables engineers to measure voltage and current simultaneously with true RMS in tight spaces such as in crowded junction boxes or along conductors with inaccessible end points, all without using test leads. This saves time and helps reduce risks, as it eliminates the need to remove covers and wire nuts and allows measurements to be taken using only one hand. The rugged T6 testers offer 1000V CAT III and 600V CAT IV safety rating, including 600V CAT III for the T6-600 model, and feature an easy-to-read display with a backlight. 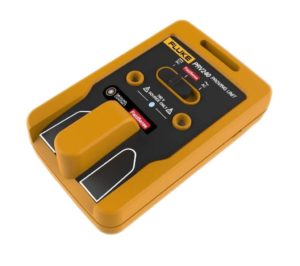 In addition, the T6 can operate using the new PRV240FS proving unit, which also makes use of FieldSense technology, either with or without test leads. This device provides a fast, safe and reliable method to verify that electrical test tools are operating properly before conducting any live tests, and without having to make electrical contact. This device also enables increased safety in working conditions and accuracy of measurement, as it adheres to the ‘Test Before Touch’ (TBT) concept. This involves testing a tool against a known live source before and after the actual measurement, a sequence designed to verify that test tools are operating properly.