RS Components (RS), the trading brand of Electrocomponents, the global distributor for engineers, has announced the addition of Microchip’s new range of LoRa development kits to its expanding portfolio of high-quality tools that support engineers designing Internet of Things (IoT) applications. 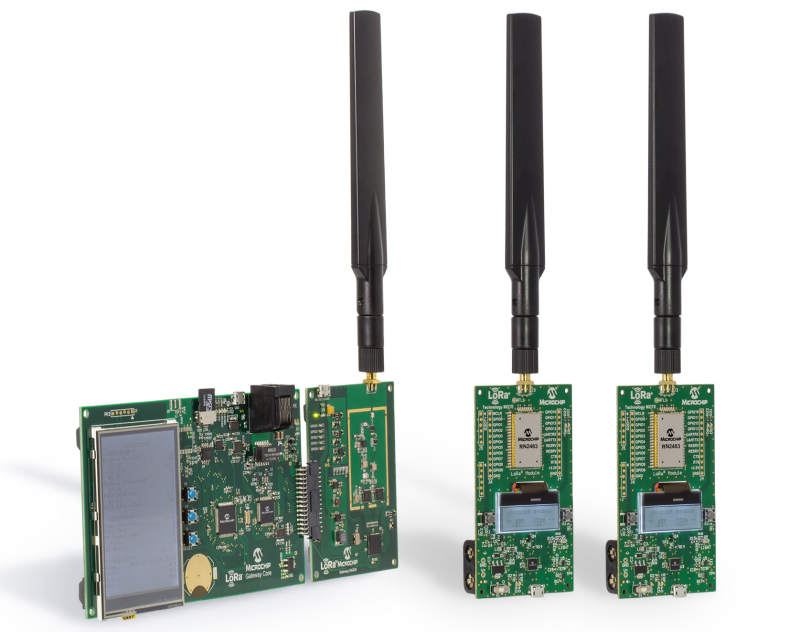 LoRa technology, driven by the LoRa Alliance, targets tracking and monitoring IoT applications with low data rates and a low-duty cycle for a variety of markets such as energy, location, utility infrastructure, environment, agriculture and public safety. Predominantly used for the uplink of sensor data, the bidirectional nature of the communications allows real-time acknowledgement of mission-critical data and downlink control of remote actuator nodes. The technology is capable of securely delivering two-way communication at data rates from 0.3 to 50kbps, and over distances of up to 2 to 5km in an urban environment and up to 15km in a suburban environment.

The Microchip kits provide all the required components necessary for a developer to create a low-power LoRaWAN network, including: a LoRaWAN gateway; two Motes, which are LoRaWAN sensors based on Microchip’s RN2483 or RN2903 LoRa modules; and a local LoRaWAN server application.

The two kit variants include: one that is suitable for Europe – the DV164140-1 for the 868MHz band; and one for North America – the DV164140-2 for the 915MHz band. In addition, the sensor Motes meet the respective certification requirements of the European R&TTE Directive (DV164140-1) and the FCC (DV164140-2), thereby enabling a significant reduction in the time to market for developers. Providing a longer range than the majority of popular low power wireless technologies, designers using the kits can expect 10 years of battery life using two AAA batteries.

LoRaWAN provides a common protocol that allows smart assets and IoT devices to communicate with one another, and the LoRaWAN specification is also optimised for very low power use, which makes it perfect for wireless battery-powered end-points in an IoT network. In addition, LoRa technology delivers greater resilience to interference as it uses spread spectrum modulation to facilitate excellent data robustness in noisy environments, as well as working through physical barriers.

Both kits are available to order now from RS.