Rohde & Schwarz has launched a competition to find the most innovative use for its recently announced R&S Scope Rider, the rugged portable oscilloscope with lab performance. Ten shortlisted entrants will each receive a GoPro Hero4 silver camera to make a video of their idea, and the overall winner will receive a R&S Scope Rider. 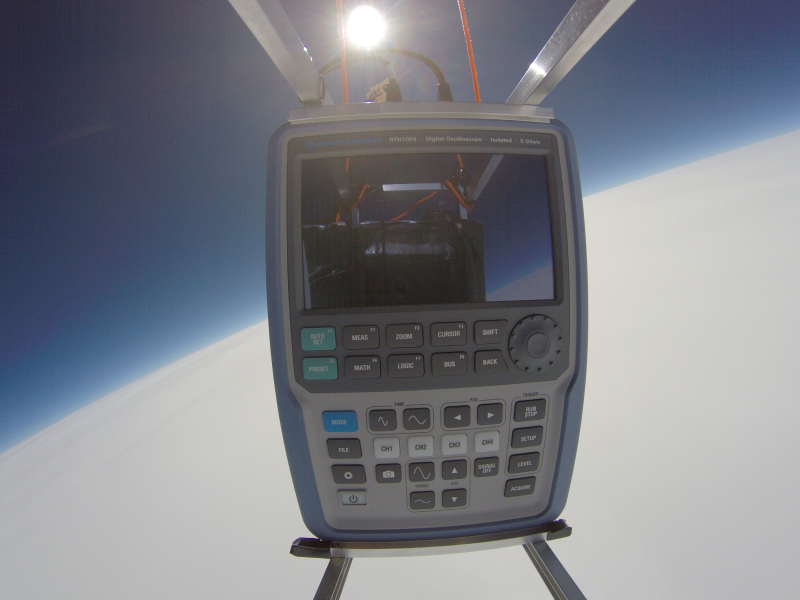 Steven Edwards, director sales operations and marketing at Rohde & Schwarz UK said: “Since launching R&S Scope Rider, customers have come to us with no end of really different ways in which they are using the instrument, so we decided to start a thorough search for the most unusual or innovative applications. The instrument has been rigorously tested by Rohde & Schwarz. It is now in the hands of our customers and we are asking them to tell us ‘How would you use it?’”

To start the event, Rohde & Schwarz launched a R&S Scope Rider into space. After a flight of two and a half hours at up to 32km in temperatures of -60°C, the instrument was still fully operational. A ten-minute documentary of the flight can be viewed here.

Steven Edwards continued, “We believe the ruggedness, robustness and performance of R&S Scope Rider will open it to a whole host of new applications. We came up with the space flight as an unusual use of our own and we’ve put it on video. The team at Rohde & Schwarz now want to see as many innovative ideas as possible.”

As a first step, entrants just need to write a brief description of how they would use Scope Rider and post it online here. A panel of Rohde & Schwarz judges will select the ten most unusual or innovative entries and each will receive a runners-up prize of a GoPro Hero4 silver camera which is theirs to keep. They will also be provided with a R&S Scope Rider on loan and be invited to create their own 2-minute video demonstrating the idea. All videos will be released on the Rohde & Schwarz Facebook page and other social media channels. Finally, one lucky winner will be selected based on a combination of social media reaction and the judges’ final opinion. The winner will be presented with the star prize of a R&S Scope Rider.

Entries are open from 1 June 2016 and the first stage will close on 1 August. Full details of the competition are available in a two-minute video.

The Rohde & Schwarz Scope Rider is the first handheld oscilloscope with the functionality and touch and feel of a state-of-the-art lab oscilloscope. It is equally impressive in the lab and in the field. With an acquisition rate of 50,000 waveforms per second, a 10-bit A/D converter developed by Rohde & Schwarz and a maximum bandwidth of 500 MHz for the analogue input channels, it outperforms comparable bench instruments. R&S Scope Rider is based on a high-performance oscilloscope featuring a precise digital trigger system, 33 automatic measurement functions, mask test and XY diagram mode. In addition, it integrates four further instrument functions: a logic analyser with eight additional digital channels, a protocol analyser with trigger and decoding capability, a data logger and a digital multimeter.