Rohde & Schwarz Cybersecurity, a leading IT security provider, and Napatech, a leader in reconfigurable computing platforms, has announced the launch of a fine-grained network threat detection solution. It provides detailed data to security information and event management (SIEM) systems and threat intelligence platforms. The new solution will be showcased at both Rohde & Schwarz Cybersecurity’s booth 206 and Napatech’s booth 205 at Black Hat Europe 2017, taking place from December 4 to 7 at the EXCEL London, in London, UK. 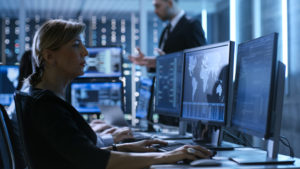 The solution provides full traffic visibility in real time via insights from the deep packet inspection (DPI) engine. In combination with the advanced analytics provided by machine learning and anomaly detection technologies, this enables enterprises to detect both known threats that have a documented detection signature, as well as new attacks and abnormalities that have not been identified previously and are difficult to spot using classical cybersecurity tools. These complex and new attacks can be revealed by correlating heuristic data and behavioral analysis as well as by extracting content and metadata of network traffic. When linked to threat intelligence platforms or SIEM tools such as Splunk, the collected data is correlated and analysed to detect and alert on abnormal network behavior in order to apply security policies. Additionally, the solution includes network traffic recording capabilities delivering fine-granular visibility of traffic history for accurate forensic analysis and threat qualification.

“The solution provides a key source of threat intelligence not only to protect against zero-day attacks and to reduce detection-to-containment times but also to aid in the follow-up investigation to make security improvements after a threat has been neutralized,” added Jarrod J.S. Siket, chief marketing officer at Napatech.

The solution will be presented at this year’s Black Hat Europe at booth 205 and 206, at the EXCEL London, December 4-7.