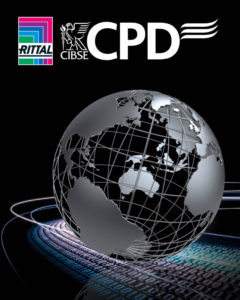 The first seminar Challenging “The Edge” – IoT looks at the rise of Edge data centres.

It considers how the growth of cloud storage, alongside the need for higher speed and low latency, has fuelled Edge Computing to support new technology such as 5G, as well as the rise in video content, and machine-to-machine learning (IoT).

In contrast to existing data centres, which are generally sited where energy costs are lower and space is inexpensive, Edge data centres will be smaller and situated nearer users, in a mesh network.

The main thrust is to radically alter the way power is distributed to the server by switching to locally derived DC power, lowering power requirements and increasing airflow around the components, thereby reducing cooling costs. Rittal’s Open Compute Project racks are a standard design, which accommodate different DC supply voltages.

A core philosophy is that any participants who want to have a server, or other hardware, recognised as OCP-compliant must open source it.

Alongside this is LinkedIn’s Open19 project, aimed at smaller data centre operators who are smaller in size, but which house the majority of the world’s IT infrastructure. Open19 focuses on edge computing alongside the core data centre hardware, and unlike OCP, uses uses a licensing framework that lets companies protect their IP while still being actively involved.

The seminar explores Open19 hardware, which is built around the standard 19“ rack such as Rittal’s TS IT. IT also explores how Open19 operates with a similar ethos to OCP in that it rearranges server hardware to enhance airflow through the components.