Reports of counterfeit parts quadruple since 2009 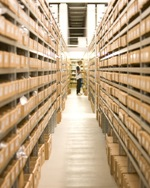 This marked the first time the reported number of incidents in a single year exceeded 1,000, a total that could encompass millions of purchased parts and was, according to IHS data, compiled from the industry’s two recognized reporting entities—ERAI Inc., a privately held global information services organisation; and the Government-Industry Data Exchange Program (GIDEP).

The surge over the past two years is the latest development in a rapidly escalating global supply chain trend toward increased counterfeiting and piracy of global products, with counterfeit part reports having risen by nearly a factor of 700 over the last decade.

The bulk of these incidents were reported by U.S.-based military and aerospace electronics firms. However, the parts themselves may impact any worldwide company using the same electronics within their products. With each report possibly encompassing thousands of parts and millions of dollars in revenue, the use of potential counterfeits represents a major liability with grave financial downside for these companies. Even more ominously, this phenomenon could pose a serious threat to human life or national security.

“The counterfeit issue is serious, it’s growing and it’s a major problem for electronics makers, especially military and aerospace companies,” said Rory King, director, supply chain product marketing at IHS. “The problem has grown increasingly hard to ignore, as reports of counterfeits have risen exponentially and most companies lack the awareness and capability to effectively detect and mitigate the growing problem. The reporting done by the industry can help other organisations pinpoint risky parts or suppliers. And now that United States legislation will hold defence suppliers accountable for counterfeit issues, access to these incident data becomes a critical decision-support capability for business systems.”

Counterfeit parts are often cheap substitutes or salvaged waste components that fail to meet strict military and aerospace specifications, leading to potential failures. Even more concerning, these failures put lives at stake. Furthermore, there are fears that some counterfeit devices like integrated circuits have the potential to act as malicious Trojan horses that could be disabled remotely, compromising defence capability at critical times.

The expense to resolve a single counterfeit incident can be massive. For example, the government reported how the U.S. Missile Defense Agency learned that mission computers for Terminal High Altitude Area Defense (THAAD) missiles contained suspect counterfeit devices that could have led to an entire system failure. The cost of that fix was nearly $2.7 million.

To help combat the problem, President Obama on December 31, 2011, signed the fiscal year 2012 U.S. National Defense Authorization Act (NDAA), which adds regulations for counterfeit part detection and avoidance. Members at all tiers of the defence supply chain must put counterfeit risk mitigation procedures in place and certain steps must be completed within 270 days of the president’s signature.

The counterfeit problems are more widespread than a single incident report might suggest. According to IHS, a typical bill of materials (BOM) or parts list for a military/defence program can have anywhere from a few hundred to over tens of thousands of purchased parts, of which between 0.5 to 5 percent typically match incidents of counterfeit parts reported to ERAI. The same is true for medical equipment—products known for sharing high-reliability electronics needs with the military. When just one counterfeit poses major risk, the fact that a typical company has hundreds or thousands of matches to known problematic parts in circulation should be a major cause for concern.

To achieve compliance with the new NDAA requirements and avoid the significant cost they may now incur for counterfeit incidents, companies in the military/aerospace electronics industry must obtain systems and data to analyze, assess, and act on counterfeit and suspect counterfeit electronic parts. They also need to know qualified and authorized government suppliers in order to use trusted suppliers and avoid those that are risky. With thousands of parts and suppliers scattered across programs and throughout the supply chain, this will not be easy. By making use of available tools and ongoing reports for counterfeit, substandard and high-risk parts, electronics makers can cut costs, avoid risk, and expedite NDAA compliance.