Renesas Electronics Europe, a premier supplier of advanced semiconductor solutions, has announced the winners of its MCU Car Rally competition for university students, which was held on March 16 at embedded world 2017 in Nuremberg, Germany. 30 teams from all over Europe, comprising approximately 150 students supported by their 25 professors, participated in the challenge by each developing a functioning model rally car that included sensors and an RX microcontroller (MCU) from Renesas. 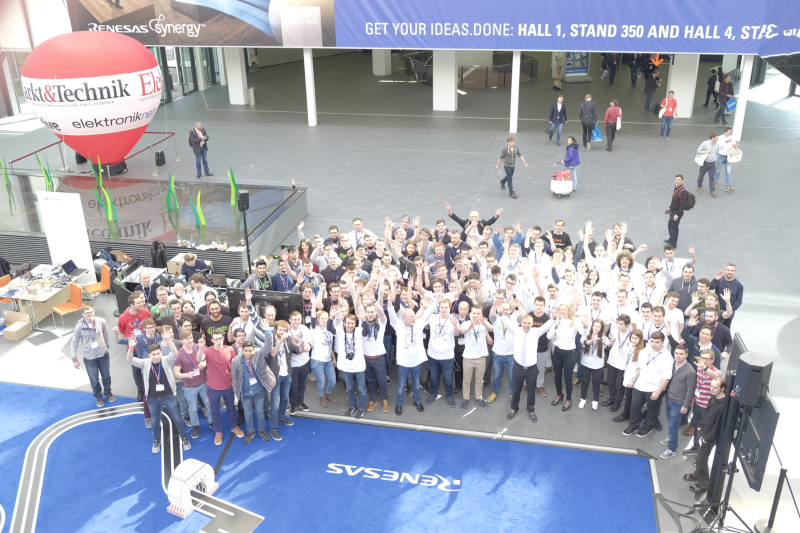 First past the post, with a time of 03:21 minutes for five full laps of the 67m circuit, was the car built by the Fastech from the University of Craiova, Romania. Second was the Rising Dragon from Hochschule Harz, whose car completed five laps in 03:30 minutes. The Omega from Northern Germany’s Fachhochschule Westkueste came in third with a time of 03:48 minutes. Prizes for the winners included an Apple Watch as well as Fitbits and levitating loudspeakers for every team member.

The 2017 competition marks the first time that Renesas handed out an Innovation Award for the team that added the most creative and advanced enhancements to the MCU-based model car in terms of design, construction, technology, ecology and performance. 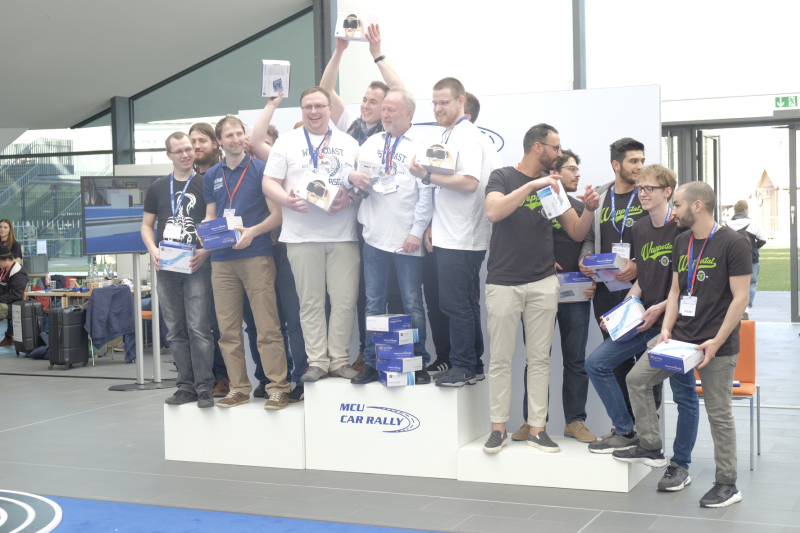 The winner of the Renesas MCU Car Rally 2017 Innovation Award is Omega of Fachhochschule Westkueste, who demonstrated outstanding creativity and engineering skills with their Torque Vectoring solution with separate power control for each wheel. By adding Bluetooth telemetry and a configuration port, the team achieved real-time parameter logging and faster development of datasets. Professor Detlef Jensen from Fachhochschule Westkueste – the tutor of the team – was elected “Professor of the Year 2016” for his outstanding support to students.

The second prize for the Innovation Award was the Home1 Team from Hochschule Merseburg, who developed an entire new MCU car named Brutus. The jury of three independent judges was also very much impressed by the Fuzzy Car Innovation of the LART 1 Team from Bergische Universität Wuppertal who ranked third. Prizes for the Innovation Award winners included virtual reality headsets for the winning team and Renesas Synergy Starter Kits for all participants.

“The MCU Car Rally is a fantastic way to both enthuse and empower the student engineers, and we are honoured to be a part of it,” said Valerie Lynch, from Renesas Platinum Partner AND Technology Research, who provided technical support for the event. “In addition, the use of the Synergy Platform within the timing system has allowed us to demonstrate the latest technology and we look forward to 2018.” 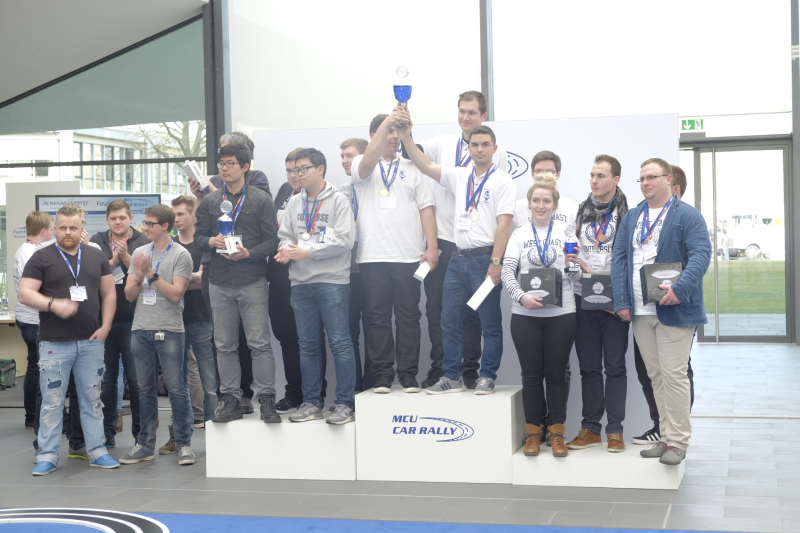 ‘The third MCU Car Rally was once more a fantastic experience, not only for students but also for Renesas. We were happy to meet a great new generation of engineers with creativity and innovative ideas,’ said Andrea Nuyken, MCU Car Rally project manager, Renesas Electronics Europe. ‘We will soon be sending out invitations to European students to participate in next year’s Renesas MCU Car Rally, which we are hoping will be as exciting as this year!’

Universities interested in participating in the next event can register at www.renesas.com/mcr2018.