Renesas Electronics Europe, a premier supplier of advanced semiconductor solutions, has announced that it has developed a development kit for its R-Car that takes advantage of “emotion engine” (Note 1), an artificial sensibility and intelligence technology pioneered by cocoro SB Corp., a SoftBank Group company. The new development kit enables cars with the sensibility to read the driver”s emotions and optimally respond to the driver’s needs based on their emotional state.

The development kit includes cocoro SB’s emotion engine, which was developed leveraging its sensibility technology to recognise emotional states such as confidence or uncertainty based on the speech of the driver. The car’s response to the driver’s emotional state is displayed by a new driver-concerning user interface (UI) implemented in the Renesas R-Car system-on-chip (SoC). Since it is possible for the car to understand the driver’s words and emotional state, it can provide the appropriate response that ensures optimal driver safety. As this technology is linked to artificial intelligence (AI) based machine learning, it is possible for the car to learn from conversations with the driver, enabling it to transform into a car that is capable of providing the best response to the driver. Renesas plans to release the development kit later this year. 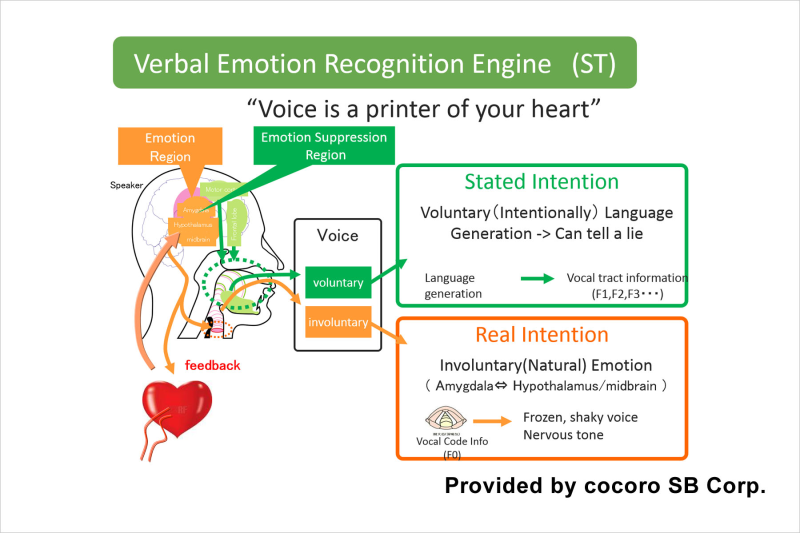 Renesas will also demonstrate its connected car simulator incorporating the new development kit based on cocoro SB’s emotion engine at the SoftBank World 2017 event, to be held by SoftBank Corp. from July 20 to 21 at the Prince Park Tower Tokyo.

Renesas considers the driver’s emotional state, facial expression and eyesight direction as key information that combines with the driver’s vital signs to improve the car and driver interface, placing drivers closer to the era of self-driving cars. For example, if the car can recognise the driver is experiencing an uneasy emotional state, even if he or she has verbally accepted the switch to hands free autonomous-driving mode, it is possible for the car to ask the driver “would you prefer to continue driving and not switch to autonomous-driving mode for now?’ Furthermore, understanding the driver’s emotions enables the car to control vehicle speed according to how the driver is feeling while driving at night in autonomous-driving mode. By providing carmakers and IT companies with the development kit that takes advantage of this emotion engine, Renesas hopes to expand the possibilities for this service model to the development of new interfaces between cars and drivers and other mobility markets that can take advantage of emotional state information. 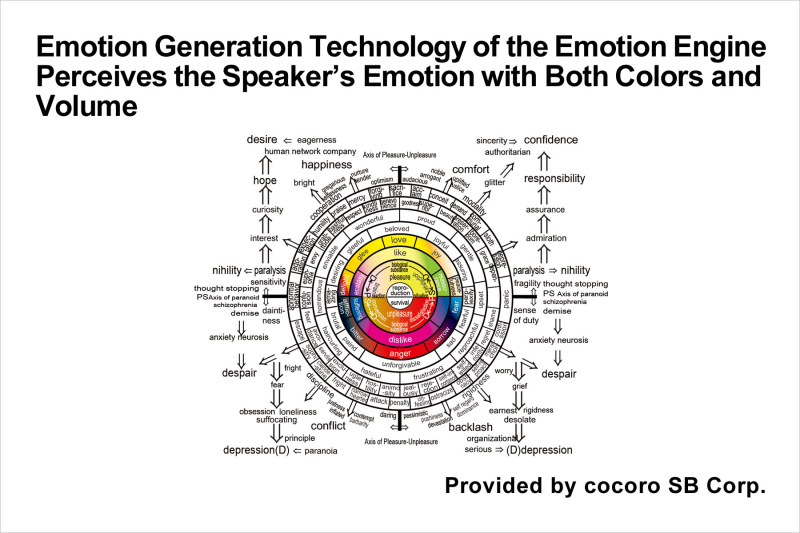 Note 1: Emotion Engine, an artificial sensibility and intelligence technology, consists of two parts. The first part is voice emotion recognition that performs an analysis of a voice signal. The second part is emotion generation technology that generates emotions for the device by forming a virtual hormone balance derived from various connected sensors. Then it makes it possible to perceive the speaker’s emotion by charting an “emotion map” as both a color, for example, yellow for happiness and red for sadness, and as volume level from 1-10.