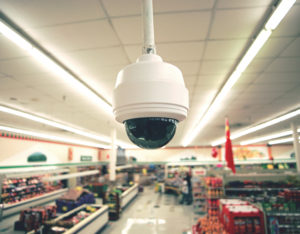 LED technology is used as light source in many different applications, all of which have their own requirements. Not all of them target traditional uses of light. As LEDs are incorporated in emerging technologies such as those in medical devices, sensors, machine vision, 3D printing, UV curing and other specialty applications, there is demand for different LEDs with specific attributes to be used together, sometimes in very compact designs. This requirement poses a challenge to LED light source designers.

Most LED manufacturers are set up for mass assembly of standard products, typically single-die LEDs or multi-die arrays or CoBs of a certain kind. When the application requires mixed spectrum, multi-die light sources, many design considerations come into play. Multi-die arrays do not usually have a small light emitting surface (LES) while co-packaged small LES multi-die LEDs typically don’t exceed 4 dies. Level 2 assemblies using packaged LEDs from different manufacturers are available but present their own complexity of design as each supplier’s packaging is slightly different. LED Engin addresses all of these issues by providing a single substrate, multi-die, mixed spectrum, small LES, custom emitter. 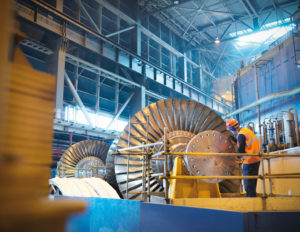 These emitters all use the LuxiGen platform which leverages a multi-layer, coefficient of thermal expansion (CTE) matched ceramic substrate with metal interconnects running through the ceramic layers that results in some of the lowest thermal resistance values for LED packaging. Dies from different LED manufacturers can be simultaneously mounted on this substrate – a unique offering in the industry – and covered with a robust glass primary optics. LED Engin supports customer defined, application specific LED emitters on this LuxiGen platform and is an experienced supplier of level 1 and level 2 LED products.

The key benefit of the LuxiGen platform is that it can help luminaire designers develop directional lighting fixtures which are small in size, support narrow beam angles, yet are high in light output, all of which translates into longer distances illuminated. The platform also enables the integration of LEDs with different wavelengths into a single small foot print package. This mechanical arrangement can reduce the complexity of the secondary optical system, as the primary optics directs the light output in a unified direction with almost identical light beam field of view (FOV) angle. A third advantage is that depending on the substrate design selected, individual dies or strings of LEDs are independently addressable.

Let’s take a closer look at a few application examples: 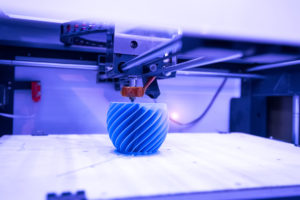 W‐IR for Surveillance Camera: A LuxiGen emitter with a white LED and IR LED in the same package is a versatile light source for surveillance camera application. With a small form factor and high flux integrated emitter, camera designers can simplify their light source optical design and keep the camera unit small. Different visible spectrum image sensors may have different optical sensitivity in the IR range. LED Engin allows the customer to pick the right IR wavelength band to optimize the response of their image sensor technology to ensure a maximum light output while keeping the IR light emitted as “invisible” as possible.

RGB-UV for Industrial Inspection/Machine Vision:Material absorbs light depending on the light’s wavelength and an objects surface material. Therefore conventional white light is not the best light source to e.g. render mechanical shapes or edges of objects precisely. A combined RGB-UV light from a LuxiGen emitter is ideal for inspecting and measuring the final dimension and surface finish quality e.g. in the furniture manufacturing environment. The light spectrum can be controlled depending on the material, shape, and surface finish of the inspected object. The UV radiation reveals details by interacting with certain paints, varnishes or other materials that cannot be well revealed by light of other wavelength. 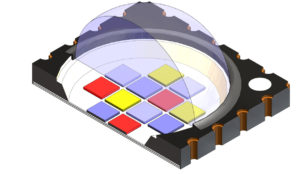 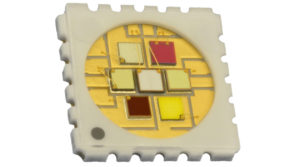