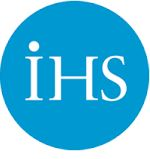 The industrial semiconductor market will post a 9.7% compound annual growth rate (CAGR) over the next several years as revenue rises from $34.8bn in 2013 to $55.2bn in 2018, according to IHS, a global source of critical information and insight. Increased capital spending by companies and continued economic growth, especially in the United States and China, and will help spur demand and drive sales growth for industrial semiconductors.
Based on the latest information from the Q4 2014 Industrial Semi Market Report from IHS Semiconductors and Components Service, factory automation, building and home control and commercial aircraft are driving demand for industrial semiconductors. In fact, industrial semiconductor sales posted 4.7% growth in the third quarter (Q3) of 2014 alone compared to the previous quarter. By the end of 2014 the market grew an estimated 16.8% over the previous year. Demand was especially strong for optical LEDs, which grew 23.4%, rising from $6.3bn to $7.7bn. Discrete power transistors and thyristors posted 13.4% growth, rising from $5.5bn in 2013 to $6.3bn in 2014.
Industrial OEM factory revenues were expected to grow 8.3% in 2014 on increased sales in the building and home-control market. High-growth categories include LED lighting and IP cameras and other digital video surveillance products.
“Because of strong growth in the industrial segment, semiconductor companies are paying more attention to this market as more chips are being used in applications that did not previously use semiconductors,” said Robbie Galoso, principal analyst for IHS. “Growth in the industrial segment has also been buoyed by a gradual acceleration in the global economy, which continues to boost industrial equipment demand, especially from the United States and China.”
The global economy was strong in 2014 and, led by the United States, it is expected to flourish through 2018. U.S. economic growth is broad-based than in other regions, with a more stabilized housing market, improved consumer finances and credit, and increased capital spending. U.S real gross domestic product (GDP) growth is expected to reach 2.4% in 2014, 3.1% in 2015 and 2.7% in 2016.
The United States accounted for 30.5% of all semiconductors used in industrial applications in 2013. China is the second largest industrial chip buyer, purchasing about 14% of all industrial semiconductors. Its economy will grow 7.3% in 2014, 6.5% in 2015 and 6.7% in 2016.
“Stronger economic growth and increased capital spending in the United States and China is good news for industrial semiconductor manufacturers because they are the leading purchasers of industrial semiconductors,” Galoso said. “A solid economy and robust industrial equipment demand will further boost sales of optical semiconductors, analog chips and discretes, which are the three largest industrial semiconductor product segments.”
LED demand shines
Revenue from optical chips for industrial applications will grow from $8.6bn in 2013 to $15.9bn in 2018. The optical chip segment includes LEDs for general lighting, which represented 72% of the optical category in 2013, and will reach 78.4% in 2018. Optocouplers used in motor drives in factory automation and energy distribution, conversion and storage, is the second biggest product category within optical integrated circuits (ICs).
Analog semiconductor revenue will increase from $6.7bn 2013 to $9.9bn in 2018, while discretes increase from $6.4bn to $8.6bn. The analog semiconductor segment includes voltage regulators and reference, data converters, amplifiers and comparators, and interface ICs, which are used in factory automation, motor drives, and energy conversion and storage.
Image sensors are the smallest category in the optical chip segment. These sensors are currently transitioning from charge-coupled-device (CCD) image sensors to complementary metal-oxide-semiconductor (CMOS) image sensors that are widely used in security cameras, medical imaging equipment and military devices.
Industrial semiconductors with the strongest compound annual growth rates from 2013 through 2018 will include logic semiconductors at 13.4%, optical semiconductors at 13% and sensors and actuators at 10.8%.
Logic ICs are widely used in automation, including programmable logic controllers, digital control systems and communication and networking that extend across various markets, machine vision, and military applications.
Growth drivers
“The robust growth in demand for industrial semiconductors over the next three years will be driven by a wide range of products and segments,” Galoso said. “These products include 3D printers, factory automation products, commercial aircraft, LED lighting, digital IP cameras, climate control devices, renewable energy products, medical electronics and wireless application-specific testers.
Industrial 3D printers is a high growth category that will help drive industrial semiconductor usage in the coming years. It includes equipment used to manufacture objects through an additive process of laying down successive layers of material, until the entire object is created.
Avionics will continue to lead growth in the industrial segment. The commercial aircraft market offset the military aircraft market in the third quarter 2014. Total avionics revenue was expected to finish 2014 with 16.9% growth.
Led by China and the United States, the factory automation segment has grown over the past five quarters. The segment is forecast to reach 5.9% growth in 2014.
Share