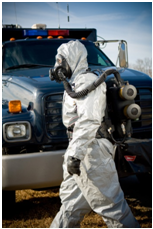 The land systems display at DSEI 2015, which takes place at ExCeL London from 15th -18th September 2015, will be a record size, with some 700 prime contractors and small and medium-sized enterprises representing responsible nations with defence and security industries. Exhibiting companies, who will be sited in the expanded Land Zone and around the exhibition halls, will include Amsafe Bridport, Avon Protection, BAE Systems, Denel, General Dynamics, Iveco, Jankel, Lockheed Martin, Nexter, Oshkosh, Patria, Raytheon, Streit and Supacat.
According to a recent report from Visiongain entitled ‘Military Land Vehicle Electronics (Vetronics) Market Forecast 2015-2025,’ the global military vetronics market in 2015 is expected to reach $2,872m. The market grew considerably during ground troop deployments to Iraq and Afghanistan but from 2015 onwards, the cessation of these operations will represent a reduction in North American and European defence spending in the field. The two exceptions to this are France and Australia, who are involved in major modernisation programmes over a long period of time. Both the Scorpion and the LAND 400 programmes involve the creation of new ground platforms for the two countries, which naturally includes advancements in military land vetronics. In terms of sub-markets, C3, sensors, computers, power and control systems will experience significant growth during the period.
DSEI will be the leading event in 2015, enabling visitors to access the entire land systems supply chain, while the dedicated Land Zone will provide even more suppliers and content, with many examples of innovative products and solutions. Included in the Land Zone will be a static vehicle display area featuring the latest equipment.
With an unrivalled pedigree in mask design dating back to the 1920s, Avon Protection is the first choice for many Personal Protective Equipment (PPE) users worldwide and is the primary supplier of CBRN PPE to the United States Department of Defense. The company’s ST53 CBRN respiratory apparatus (pictured) enables a fast response to changing operational conditions in a single modular system.
“The last decade has clearly demonstrated that the nature of threats to international security has changed significantly. The threat of CBRNE terrorism is evolving and, with it, the risk of incidents intended to maximise the number of victims on a global scale,” said Avon’s vice president of sales for EMEA & Asia Pacific, Leon Klapwijk.
“As the world’s largest defence and security event, DSEI provides the opportunity for global VIP visitors to meet with Avon’s CBRN respiratory protection experts and discuss requirements for their personnel. With customers in over 60 countries, Avon has solidly established itself as a leading global brand in CBRN respiratory protection & defence system technology offering innovative PPE products and services across terrestrial, aerospace and marine markets.
“Avon is proud to offer a range of technically advanced products and services, providing unsurpassed levels of protection, integration, and confidence to expert responders, law enforcement and military personnel and Non-Government Officials,” added Leon Klapwijk.
At its UK facility, AmSafe Bridport designs and manufactures cargo handling and airframe products for both commercial aviation and defence; it provides MRO services for airframe products and designs and manufactures RPG protection systems for use by the military.
“AmSafe Bridport is looking forward to exhibiting at DSEI again in 2015. Our latest products will be on display, including the revolutionary, lightweight Tarian RPG armour system, which protects vehicles against RPG attacks. Already selected by the UK and Danish defence forces, Tarian has been tried and tested in theatre and provides high levels of protection at a fraction of the weight of bar armour,” said Matthew Chuter, Product Line Manager RPG Protection Product Line, AmSafe Bridport.
The Vehicle Display Area in the Land Zone at DSEI 2015 will demonstrate the latest capabilities from major vehicle manufacturers in the defence industry, adding depth to an already strong land systems showing. For 2015, the area has expanded further to provide both visitors and exhibitors with the perfect platform for networking, building relationships and viewing the latest advancements in technology.
Also situated within the Land Zone will be a dedicated seminar theatre to showcase everything from capability demonstrations to technological innovations.
Reflecting DSEI’s status as a premier forum for international co-operation and thought leadership, senior military commanders will be sharing their views on how doctrine and capabilities must be shaped to meet the demands of an uncertain future.
The British Army will have a prominent presence at the show. Lt Gen Mark Poffley OBE, Commander Force Development and Capability, said: “Recent events have highlighted the need for an integrated and persistent security response across a wide spectrum of operations. The British Army is reconfiguring to meet the challenges of the contemporary security environment. An important part of this adjustment is establishing a close relationship with its industrial partners, seeking out innovative and relevant solutions as part of the Defence Growth Partnership and exploiting mutually beneficial agendas to defeat those who threaten our security.”
DSEI event director, Duncan Reid, said: “DSEI 2015 will attract more than 30,000 quality visitors to ExCeL London and there is no doubt that the expanded Land Zone will be a significant focal point for the many delegations and military personnel from around the world. The range of new technologies and innovation that will be on display in the Land Zone clearly emphasises that DSEI is the global hub of defence and land-based expertise for all Armed Forces’ requirements.”
Share