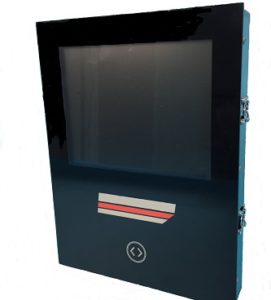 We were approached by a leading name in the design and manufacture of sterilization products for the world’s medical and healthcare markets.

The company have a range of sterilization machines that offer enhanced sterilization, washing and disinfection processes across diverse healthcare and scientific applications, from hospitals and laboratories to life sciences and pharma environments, dental clinics and more.

Introduction
The company wanted to standardize the control system for the range of machines to reduce cost, increase reliability and have a standard controller across the range of products. The current controllers varied across the device range which meant maintaining a range of devices and components.

5 series
The company approached RDS to look into modifying the existing HMI. RDS has worked with the company in the past and have a wealth of previous knowledge as to how their machines worked and what the environmental requirements would be.

What was impressed most upon RDS was the need to create a real eye-catching, stand out center piece for their product. The customer wanted something none of the other competition had and wanted to have a well branded product to deliver.

The unit already existed in an old format, utilizing a 10” display with a resistive touch screen with some industrial mechanical buttons/switches. It was clear that the new unit had to look great, be cost effective and have a long production life. This meant using only industrial quality screens and components. Many “off the shelf” parts have limited production runs and are not designed to run 24 x 7. For this reason an NLT/Tianma screen was selected. The 10.4 inch high bright screen has a long production life and a reputation for high reliability. RDS has a long standing relationship with NLT which ensures supply and intelligence about current and future product trends.

The 6 series with older generation controller
The older units use a resistive touch sensor, this technology is gradually being phased out so a new solution based on Projected Capacitive touch (PCAP) was selected. The key difference between the two is that the sensitivity is no longer reliant upon physical pressure instead it uses the natural electrical charge in the human body to replicate precise movements with the lightest of touches… even using gloves! This technology is commonly used in smart phones and tablets but due to RDS’s close relationship with its partners we can now offer this technology in lower volume industrial products. RDS have the resources and expertise to integrate all modern touch technology into any device.

PCAP Controller solution
While RDS can easily supply off the shelf touch-panel solutions, our customer wanted something a bit more special… a completely flat fronted display/control panel. RDS’ design team looked at the possibilities and realised that best solution was to get a custom piece of 3.1mm toughened glass, screen-printed with an open window for the display. A 10.4” AMT capacitive touch foil, was then laminated to the glass.  Typical touch screens have a touch foil (the sensor) sandwiched between 2 pieces of glass to protect it. Because RDS had the expertise, we were able to do away with the standard glass, and laminate the sensor directly to the custom front piece of glass. This approach gives a much greater clarity of picture, control as well as a more robust build quality and a more slender device.

Now that we had our display and touchscreen, we needed to look at how to drive and control these input and output devices. The machine the HMI was to connect to utilised a unique computer control system, not your standard Windows PC. The first challenge was output. The machine was able to output a VGA signal. Thanks to RDS’ 25+ years of display history we were able to fit our standard LVDS to VGA display board. RDS then modified the board’s firmware in order to disable any standby delays and auto sourcing functionality. This meant a faster boot time and a locked signal input should there be any catastrophic failure by the machine it was integrated with.

Given that the customer’s machine used its own design of PC, our normal USB touch controller would not work, due to a lack of USB sockets.  Not wishing to have to steer the customer away from the new capacitive technology, RDS instead worked with the customer to modify the USB touch controller to output an RS232 signal that could be decoded and interpreted by their machine to give the full range of function they wanted.

More challenges
The final design challenge was to create a door opening switch. Given that we had spent such an effort in creating a completely smooth front surface we did not want to burden the new HMI with a physical push switch. Instead, RDS took inspiration from the best of today’s technology and implemented an independent capacitive sensor that was laminated to the glass in a similar way to the touch screen. This was the final piece to the puzzle so we now had a completed design. A prototype unit was then constructed for the customer to test and approve.

The whole unit was now complete and just requires full system testing. Thanks to RDS design, the unit is now thinner, lighter and simpler to produce. This enables the customer to use one standard unit across their range of equipment thus reducing costs and maintenance.

This is just an example of the sorts of systems RDS can produce; we have access to huge range of screens, embedded computers systems, industrial touch screens and components. We have over 25 years of experience and can design systems from concept to production. Give us a call on 01959 563 345.