ZIVE smart radiation meter has been nominated for Elektra Awards 2016, one of the largest European awards in the electronics industry. It will compete with other IoT devices and electronic components within the category named “The Internet of Things Innovation Products”.

This device was designed by the R-NOX startup company with the participation of Promwad Electronics Design House, which was engaged in mentorship and mobile software development for this project. 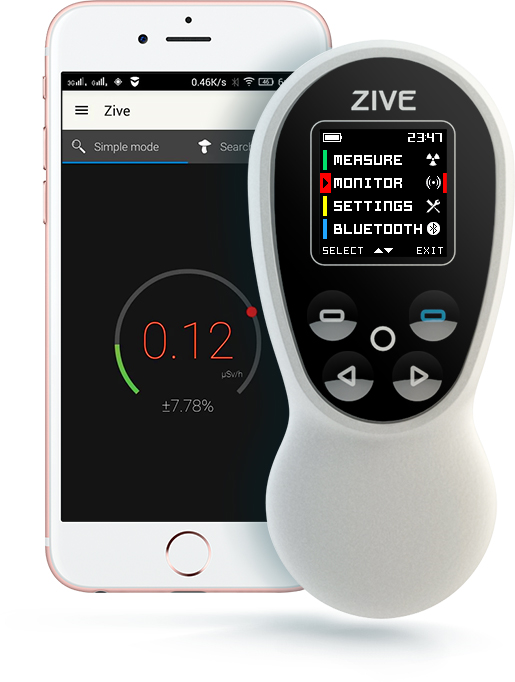 ZIVE is a high-precision radiation meter with a professional Geiger-Muller counter, clear and handy interface, and a relatively low cost. It is paired with smartphones and tablets sending data via Bluetooth channel.

ZIVE detects ionizing radiation, gamma rays and X-rays of objects, calculates the absorbed radiation dose, and helps to find the radiation source. This device was designed for a wide audience; therefore it explains to the users how to read properly the data received: how far they deviate from the norm, how to decrease the dose of absorbed radiation during the year, how to make a safe route around a polluted area, etc.

‘The market doesn’t need idle talks about the Internet of Things, we need new projects to apply this technology in real life,’ explains Roman Pakholkov, the mentor of the R-NOX startup and CEO of Promwad Electronics Design House. ‘The users of this device participate in a global project: the data of the measurements are sent to the cloud server where a global map of radiation pollution is being formed, which is going to become one of the most precise and detailed in the world. Guys from R-NOX already work with the organisers of tours to the Chernobyl Exclusion Zone, with Greenpeace, with government representatives of Japan, Finland, and Singapore.’

Due to the open API, the software platform of ZIVE project can become the basis for the development of other products and services in the field of environment protection and health care.

The winners of Elektra Awards 2016 will be announced on the first of December at the awarding ceremony in London. This year the award will be given for the 14th time; it is open for all European electronics designers, from large companies to startups.