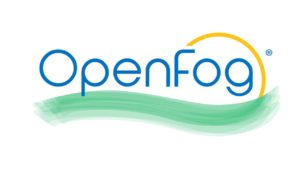 The Fog Tank competition showcased leading innovators in fog technologies and applications as they took centre stage to demonstrate their innovations to a panel of judges comprised of investors and VCs. The judges awarded early stage start-up R3Coms for its EchoRing wireless communication software, designed for applications that require time-critical, robust performance.

As this year’s winner of Fog Tank, R3Coms’ technology was recognised for its potential to become a game-changer in industrial communications and earned the grand prize of $25,000.

“We’re honoured to be recognised by OpenFog, our peers and some of the most influential tech-centric VCs in the world,” said R3Coms’ founder and managing director Florian Bonanati. “We’re very excited about our EchoRing industrial automation software and its use of fog computing to transform commercial off-the-shelf wireless modules into highly reliable, real-time wireless communication systems for industrial IoT and Industry 4.0 applications.”

Fog Tank is a graded competition where five finalists were each provided the opportunity to present their fog-related solutions and technologies on stage to a panel of tech-centric VCs. In addition to R3Coms, this year’s lineup included Ankalabs, Difuon, IoT Cloud and KidSense. Each startup had several minutes to concisely present its technology or solution and describe its business plan.

Fog World Congress features the largest gathering of AI, IoT and 5G industry leaders, technologists and researchers in the world with an interest in advancing fog computing.