QVS Direct, a leading UK electrical wholesaler, has interviewed various female electricians, electrical engineers and entrepreneurs as part of a new campaign to tackle the gender equality imbalance in the electrical industry.

Despite comprising 50 per cent of the UK workforce, the electrical industry is severely weighted against budding female technicians, as only 1 in every 1000 contractors is female. 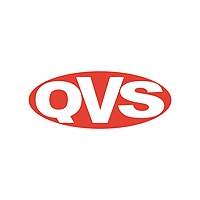 This new microsite is an educational hub tailored to career starters, full of empowering, exclusive interviews from pivotal figures like Benita Mehra, president of the Women’s Engineering Society, Natasha Clark-Withers, owner of Get Her Trade, the UK’s directory for professional tradeswomen. There’s also industry advice from core professional bodies including SECTT, the NICEIC and NAPIT.

With a clear upsurge in career aspiration – NICEIC research revealed that 63 per cent 16-24 year old women wished they had learned a skilled trade [1] – the QVS resource hub hopes to erode gendered-thinking and reveal the varied career paths open to a generation of female engineers, contractors and decision-makers.

Speaking about the importance of demolishing outdated stereotypes, Benita Mehra, president of WES, said: “We need to keep having these debates to break through the perception that an electrician or engineer should be a man and if school failed you, there are other ways of getting on board, we do that through sharing stories, mentoring and encouraging women into the industry.”

The imbalance occurs early in the career ladder, with men outnumbering women enrolled in engineering apprenticeships by 25 to one – and, more strikingly, by 56 to one on construction apprenticeships [2].

James Ellis, manager at QVS, commented: “Unfortunately, working in the electrical industry is largely still considered a ‘job for the boys’ and it’s about time this changed. By not providing the encouragement and support for women to enter the industry, we’re missing out on the potential of so many skilled electricians, engineers and entrepreneurs.

“With this campaign, we have spoken with several women in the industry, as well as various high profile organisations, in an attempt to encourage more women to join this fantastic industry, as well as showcase some of the amazing work women are already doing in the electrical sector. We hope this is just the first step in a growing and ongoing campaign.”