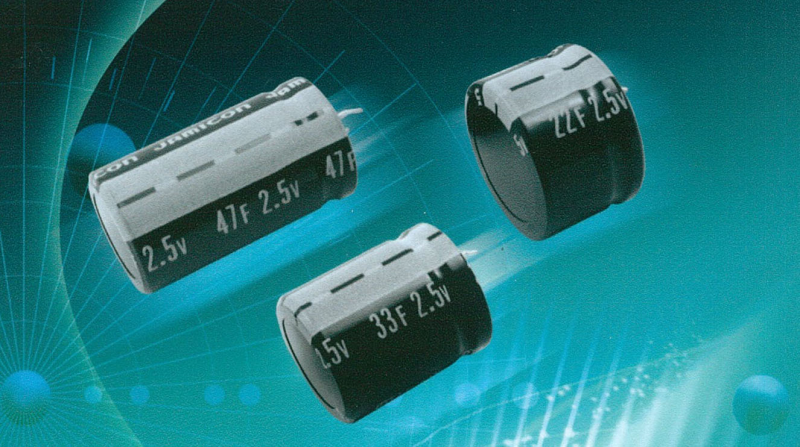 Jamicon has introduced the DA series of supercapacitors, which is now available in the UK from specialist components distributor Components Bureau. Bridging the gap between capacitors and batteries, these electric double layer capacitors (EDLCs) are suitable for quick charge and discharge applications.
“Compared to the more commonly used water soluble electrolyte, the DA series is constructed with non-soluble electrolyte, which can help increase the withstand voltage per one cell,” explained Andrew Ferrier, Components Bureau. “Typically this size of supercaps is used in battery back-up applications, replacing the need for coin cells.”
Offered in 10 models, the DA series of supercapacitors covers a nominal capacitance range of between 0.47 – 47 F with a ±20% capacitance tolerance at working voltages of 2.5 V. The operating temperature range of the DA series is between -20 and +70 degC. According to Jamicon’s datasheet – after 1000 hours application of rated DC working voltage at +70 degC, the capacitor shall meet the following limits: capacitance change of less than or equal to ±30% of initial value, internal resistance of less than of equal to 300% of initial specified value and leakage current ? initial value specified. As with all components from Jamicon, the DA series is RoHS compliant.
Share