Electrolube’s parent company, HK Wentworth Group, was presented with the widely anticipated Queen’s Award for Enterprise on the 30th June by Her Majesty’s Lord-Lieutenant of Leicestershire, Lady Gretton, JP. The highly coveted crystal bowl was presented to HK Wentworth’s managing director, Ron Jakemen, by Lady Gretton in front of an assembled group of VIPs and representatives from all HK Wentworth departments, followed by a tour of the factory and a traditional English afternoon tea. 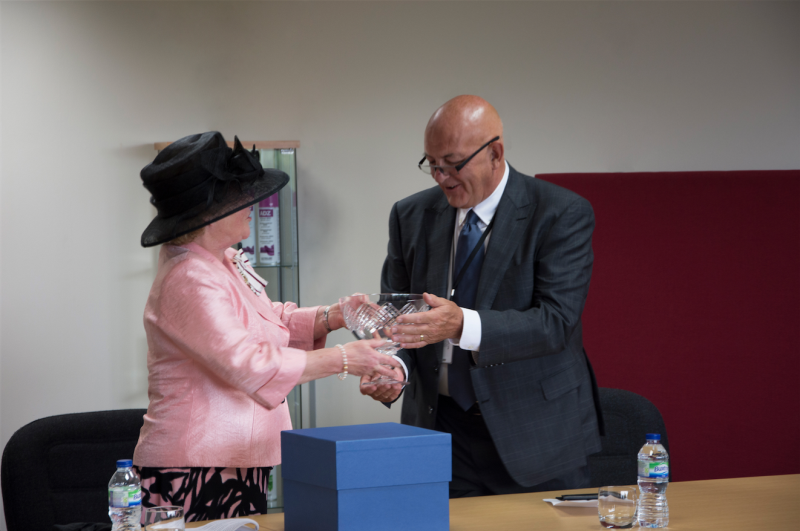 Local MP, Andrew Bridgen, commented, “I am delighted that HK Wentworth Limited is one of the two companies in my constituency to successfully be awarded with the Queen’s Award for International Enterprise. It is regretful that my Parliamentary duties have meant that I am unable to congratulate the HK Wentworth team in person during their formal presentation ceremony. However, I wish to highlight what a fantastic achievement winning the Queen’s Awards for Enterprise is, it is not only a boost for their company but also a boost for North West Leicestershire. The Queen’s Awards are the most prestigious business accolades in the UK recognising the most outstanding companies in the categories of International Trade, Innovation and Sustainable Development.”

On the 21st April, Her Majesty’s actual birthday, HK Wentworth was announced winner of the Queen”s Award in recognition of its outstanding global exporting success, having consistently achieved steep year-on-year growth in overseas sales.

HK Wentworth is a success story in the global electronics market. The private company, established in 1941, is owned by the Kingsbury family and operates the Electrolube brand. A specialist oil was invented by Henry Kingsbury in the 1950’s which had the ability to lubricate electrical contact or moving surfaces, and not only cured a problem but also extended the lifetime of the contacts. From this was born a range of lubricants which were, in turn, developed into greases. Through this grew the vast range of specialist electro-chemical products available today which are designed to service a plethora of manufacturing industries, covering the fields of conformal coatings, thermal management materials, encapsulation resins, cleaning solutions, contact lubricants and service and maintenance aids. Since then the company has grown to be represented in over 55 countries with manufacturing sites in the UK and China, and key offices in Australia, USA, France and Germany. The company’s new factory in India is currently under development, where HK Wentworth is experiencing overwhelming demand. 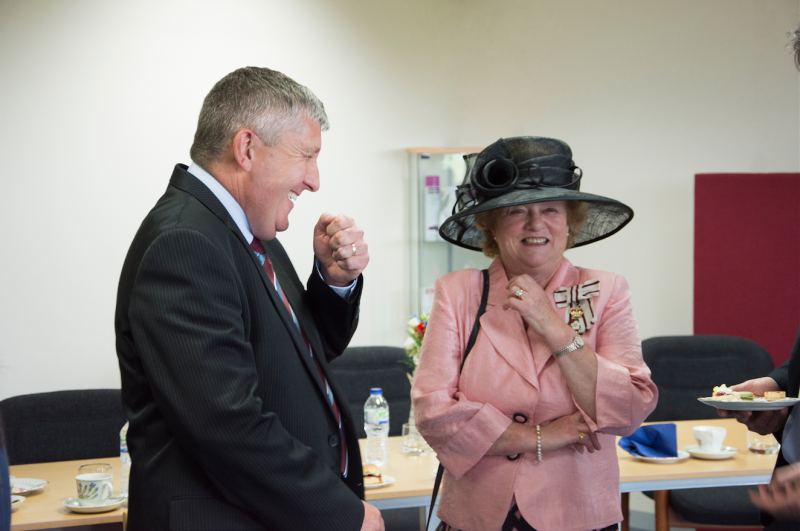 Ron Jakeman, managing director of Electrolube, comments, “We would like to thank everyone for attending the presentation to mark this momentous occasion. It is an absolute honour to receive such recognition for all the hard work and expansion success we have accomplished over the past few years. To mark our longstanding heritage in innovation, I would also like to take the opportunity to personally thank all of our dedicated employees for their hard work, enthusiasm and commitment in driving our business forward.”

HK Wentworth executives are invited to attend a reception at Buckingham palace later in the year. The awards are made annually by HM The Queen, and are only given for the highest levels of excellence demonstrated in each category.