Pyreos, the Edinburgh-based passive infrared sensor developer and maker, has secured £1.7m of funding from a syndicate of new investors led by Jon Moulton’s family office, Perscitus, alongside existing shareholders. The funds will be used for further commercial expansion building on Pyreos’ recent sales growth and the start of field trials and mass-production by several customers. 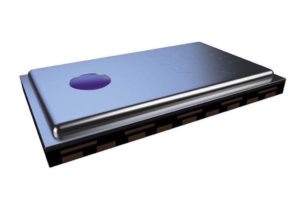 Pyreos is the only supplier in the world of thin film pyroelectric sensors. These are used for passively sensing infra red light and are typically very small, fast, sensitive, energy efficient and accurate.

The sensors are primarily used for gas and flame sensing, food safety, and for monitoring oil and fuel in engines. These growth markets have a combined accessible value estimated at $1.2bn a year in 2018.

Pyreos’ unique technology was originally developed by Siemens, from which Pyreos was spun out in 2007. Pyreos now owns an extensive patent portfolio reflecting its innovative approach.

The investment follows a busy year for Pyreos in which the company grew its revenues by 50 per cent, with exports accounting for 81 per cent of sales thanks to major markets including China, Korea, the USA and India.

Products launched in the past year that contained Pyreos’ chips included an oil analyser developed by Parker Kittiwake, on sale to shipping operators and navies worldwide, and several fire-detection and CCTV devices made by South Korean customers.

Field trials have started for several other applications and several customer product developments are also in the pipeline.

Andy Laing, chief financial officer at Pyreos, said: “We’re delighted to welcome a new set of professional investors with the appetite to support further growth and product development. This funding sets the basis for more ambitious product development in the future.

“Our sensors are also already used in a wide array of industrial applications, from monitoring additives in milk through to detecting flames from burning gases.”

The lead investor in the syndicate is one of the investment vehicles owned by venture capitalist Jon Moulton.