Pyreos has announced it is bringing enhanced performance and a digital interface to its TO-39 packaged flame sensors with the introduction of the ezPyro TO Flame Sensor. This news will enable designers to build systems with excellent price and performance quickly, thanks to the availability of extensive software support.

The ezPyro TO Flame Sensor couples the Pyreos unique thin-film PZT pyroelectric sensors with integrated readout circuitry and an I2C digital communications bus. This digital version of the Pyreos flame-sensing technology has a higher signal to noise ratio than its analogue TO-packaged equivalent, which enables it to achieve a sensing range of approximately 85m compared to 60m for the analogue version. 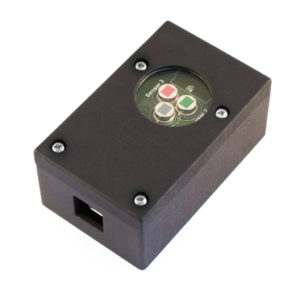 The low thermal mass of the thin-film sensor reduces its warm-up time, enabling fast response times and quicker flame detection. The sensor works in current mode, rather than voltage mode, which enables better accuracy across the full flame-flicker frequency range of 3 to 30Hz. The current-mode approach also reduces the sensor saturating if a fire breaks out close to it.

The availability of an I2C digital interface, a supporting application programming interface (API), an evaluation kit and C code examples for the ezPyro TO Flame Sensor make it easier for all system designers, including those without analogue experience, to incorporate high-performance flame sensors in robust TO-39 packages into their designs.

The I2C bus simplifies the process of connecting the ezPyro TO Flame Sensor to microcontrollers, and enables designers to configure the sensor’s gain, filtering, sampling rate and power modes digitally. The I2C serial bus also makes it easy to connect multiple ezPyro sensors on one interface.

The ability to configure the sensor digitally using the I2C bus means that its performance can be tuned on a production line or in operation, and that multiple product variants or performance options can be supported through software selection. These characteristics should shorten design cycles as well as reducing the bill of materials for individual designs that use the sensor, and the stockholding necessary to offer multiple product variants.

“This new range of sensor is set to really make a difference for designers in terms of cost and performance,” said Andrew Wallace, CEO at Pyreos. “The combination of a widely used packaging option, enhanced performance, a digital interface and associated support tools, as well as this product’s thermal and mechanical stability over many years of operation will really reduce system and implementation costs.”

The ezPyro TO Flame Sensor is available with three band-pass filter options (centred at 3.91μm, 4.48μmor 4.55μm), or a high-pass filter that blocks signals at wavelengths of less than 5.0μm.

An evaluation kit – dPYEFL02 – with PC software that enables sensor configuration, signal visualisation and capture to file is available.