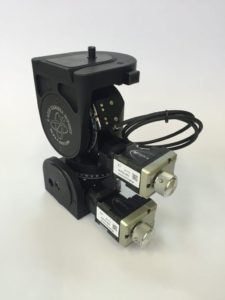 With cameras constantly getting smaller, Aardman- the four times Academy Award winning creators of films such as Wallace & Gromit, Shaun the Sheep Movie and Chicken Run – needed to add to their range of pan/tilt heads. The heads are used to rigidly mount a camera to allow rotation in a horizontal and vertical plane.

To help overcome this challenge, RPI manufactured a small and lightweight motorised two axis assembly. This enabled the attached camera to be suspended over sets and between props. By providing a more flexible mounting arrangement rather than mounted on tripods, it increases movement of the camera enabling better camera angles.

With the use of RPI’s bespoke rotary device, Aardman have also managed to incorporate 110 degrees of tilt and a resolution of 0.01° into the newest pan/tilt head.

The wider tilt enables Aardman to get camera shots that look straight down onto the set as well as way above the horizon. The new design has a second mounting point so it can be mounted at 90 degrees, which allows for the use of the traditional pan axis as the tilt and vice versa.

Dave Roberts, electronics & motion control engineer at Aardman, said: “We use RPI as they are able to provide the design and manufacture of highly accurate bespoke pieces of kits, which is key in stop motion animation. 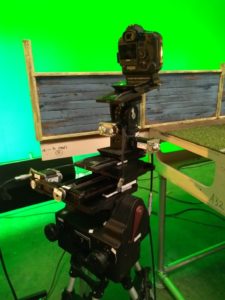 “Rotary tables have been used within the film industry for a while now; at Aardman we’ve used them since the beginning.

“We’ve built a good working relationship with RPI over the years and they are always happy to help us out in an emergency should we ever need it.”

Dave Smith, sales engineer at RPI, said: “It’s been great working with Aardman over the last 20 years and being able to go and see the films that our products have helped to create. We sell a large range of products but being able to design and manufacture bespoke pieces can really make a difference to a client and fulfil their needs completely.”

Aardman have had a total of four iterations of custom pan/tilt heads from RPI throughout the years, each adapting to meet the latest industry needs. Aardman were unable to find a pan/tilt head that is strong and reliable but light enough ‘off the shelf’, so a custom design and build is the best option.

Bath-based RPI has an extensive global reach with a worldwide network of distributors including North America, Europe and South East Asia.